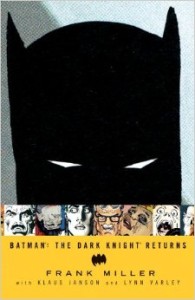 The classic story by comic legend Frank Miller, The Dark Knight Returns shows an aging Batman throw down the gauntlet and challenge Superman for the fight to end all fights, but what Superman doesn’t realize is how dangerous Batman can be when he is prepared.

The set up: The Dark Knight Returns tells the story of Bruce Wayne, who at 55 years old returns from a 10 year retirement to fight crime once again after the cities crime rates hit an all time high. His return sparks the return of The Joker and faces opposition from the Gotham City police force and the United States government, who now have Superman under their employ.

Why it made the cut: Batman is ruthless, plain and simple. The Dark Knight utilizes hydraulic power armor, sonic weapons, electric gauntlets, and even Kryptonite to bring the Man of Steel to his knees. And when he finally does, one of the greatest comic quotes takes place:

Winner: Batman…. until he fakes his death to go further underground and train the next generation of Batman’s Army.