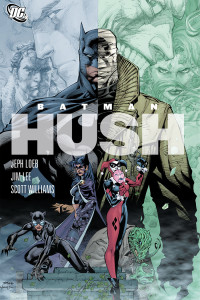 Batman: Hush stormed its way onto comic shelves and provided fans with a story that seemed to almost be akin to a reunion tour. The story featured more twists than a M. Night Shyamalan film, and one issue resulted in Poison Ivy brainwashing Superman into becoming her lap dog.

The set up: Batman: Hush tells the story of a mysterious stalker called Hush, who seems intent on sabotaging Batman from at all costs. He masterminds a plot that includes the likes of  Harvey Dent, Killer Croc, Catwoman, Poison Ivy, Ra’s Al Ghul, Scarecrow, The Joker & Harley Quinn, Jason Todd, and even Clayface. The mystery shakes Batman to the core as his entire world falls apart around him.

Why it made the cut: Batman has no time to prepare, but still pounds on Superman like he had. Using a kryptonite ring that he revealed to always keep with him, plastic explosives, and even a sonic emitter, Batman eventually gains the ultimate upper hand when he throws Lois off of a building as a means to snap Superman out of his mind-controlled state.

Winner: Batman.. but barely. Through the use of dirty fighting and Superman’s ability to partly-resist Poison Ivy’s mind-controlled spores.