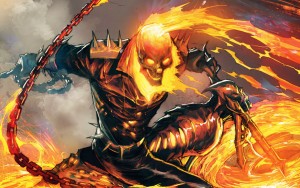 At number five we have Ghost Rider, a character many fans would be rebooted under the Marvel umbrella after Nicholas Cage’s unsatisfactory two-film run with the character, and what better place to do this reboot than on Netflix? Ghost Rider doesn’t really fit in with what Marvel is doing on the big screen right now, just like all of the Netflix characters; he’s too big for ABC, but too grim for what Marvel is doing with their films. His demonic powers and backstory also are a departure from Netflix’s current offerings which are very grounded- although this is expected to change once Iron Fist comes around. Bringing demons into the Marvel Cinematic will also help flesh out a bit more of the universe and explore unseen corners, which is a big theme will my picks. Doctor Strange will begin to delve into the mystic corners of the MCU, but doing so on the TV side of things won’t hurt either. While his power set will certainly have the second biggest budget out of my picks, with the Runaways at number one, if any platform besides the films could tackle the character it would be Netflix.