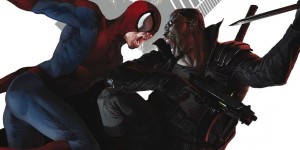 My third pick is Blade, a character Wesley Snipes portrayed back in the early 2000’s as has mentioned interest in playing yet again. While Snipes might be a bit old for what Netflix seems to be doing with its Netflix series, Snipe’s portrayal of the character was the best part of those early films. Blade would bring in more of the supernatural into the Marvel Cinematic Universe by adding in Vampires, as well as our first swordsman. He would also work with the ultra-violent dark world that Netflix has already established in New York City, but his origins in London would expand the Netflix shows outside of Manhattan. Blade would be the easiest to incorporate into the world Netflix has currently established and would be the easiest to accomplish with the Netflix budget, making him a perfect contender for phase 2. Vampires appearing in comic book adaptations has recently been proven as something that can work in AMC’s Preacher, and adding them to Marvel could allow for some interesting storylines and villains appearing down the road.