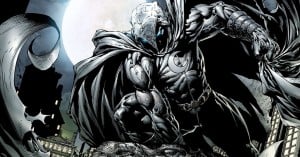 The real Batman of the Marvel Universe is my number one pick for his own Netflix series. While Moon Knight’s technology and delving into the supernatural may be a bit much for the Netflix budget, the series would be incredible to watch. After getting killed on a hitman mission in Cairo, Mark Spector is resurrected by the Egyptian God Konshu to protect the travelers of night under the guise of Moon Knight. Spector’s suffering from multiple personality disorder and insecurity about whether or not Konshu is just another persona his mind has created would be an incredible journey to witness on television. Audiences have proven they enjoy superheroes with real life disorders after eating up Jessica Jones season one, and Moon Knight would continue the humanization of superheroes while going completely off the deep end.

Moon Knight fights the more “street level” supernatural threats as opposed to Doctor Strange, and his rich lifestyle is what garners all of the Batman comparisons. The Netflix series could use the recent suit version of Moon Knight’s costume for the first iteration, while he upgrades to the iconic costume as the series progresses. Battling ghosts, traveling to different dimensions, and incredible action set-pieces with high-tech gadgets while our hero battles with his own brain will make for one of the most riveting series on air. 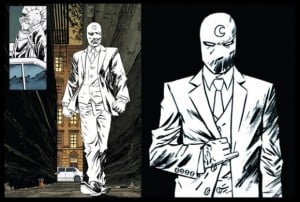