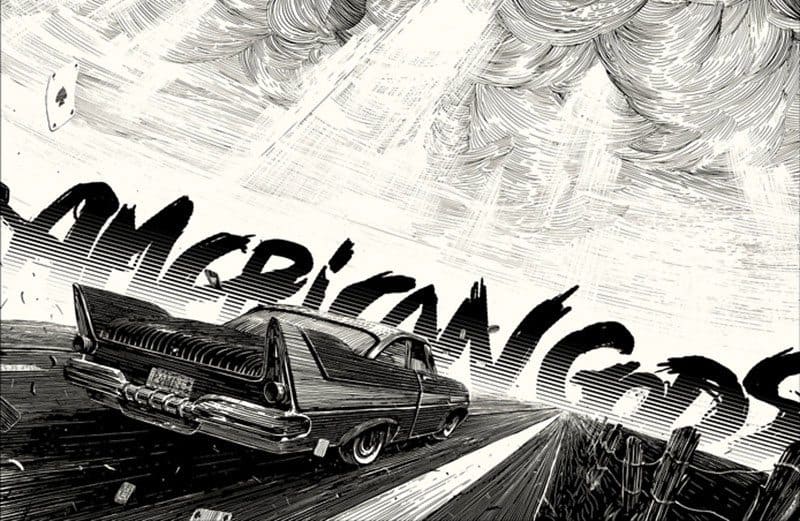 Show Synopsis: The series will focus on the mysterious Shadow Moon, a man serving a three-year sentence for assault. With only two days remaining in his sentence, Shadow is given an unexpected early release after his beloved wife Laura is killed in a car accident. Flying home for the funeral, Shadow is seated next to a man who introduces himself only as Mr. Wednesday, who offers Shadow a job and seems all too confident that Shadow will accept. Arriving home, Shadow finds that the life he thought was waiting for him is gone. With no other options, he accepts Wednesday’s offer. At first it appears that Wednesday is nothing but a con artist who runs scams for cash and needs Shadow as a collaborator and bodyguard, but Shadow soon learns that Wednesday is in fact the god Odin of Norse mythology. Wednesday is making his way across America, gathering all the old gods, who, without believers, have now incorporated themselves into American life and pretend to be ordinary people, while the New Gods – Media, Technology, and a host of others – grow ever stronger. Shadow finds himself drawn into a final confrontation between the old gods and the new.

What to Expect in Season 1: The first of our shows to make its series premier this season, American Gods is based on the book by Neil Gaiman, who serves as an executive producer on the show. The series was developed by Bryan Fuller and Michael Green, who both wrote the series’ first episode The Bone Orchard, an episode directed by David Slade. The show hosts an impressive cast, with a mix of unknowns and famous actors and actresses. Ricky Whittle stars as Shadow Man while Ian McShane will portray Mr. Wednesday. The show also features the likes of Gillian Anderson, Peter Stormare, Kristin Chenoweth and Jeremy Davies.

Trailers: Just the one trailer has been released so far. It debuted at SDCC, and you can check it out embedded below.