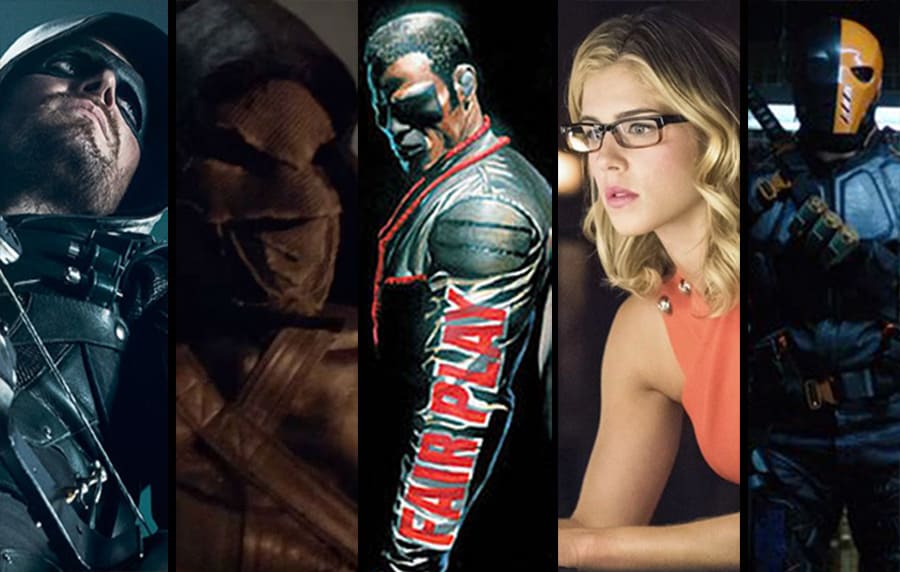 Show Synopsis: After a violent shipwreck, billionaire playboy Oliver Queen was missing and presumed dead for five years before being discovered alive on a remote island in the North China Sea. He returned home to Star City, bent on righting the wrongs done by his family and fighting injustice. As the Green Arrow, he protects his city with the help of former soldier John Diggle, computer-science expert Felicity Smoak, his vigilante-trained sister Thea Queen, former police captain Quentin Lance, and brilliant inventor Curtis Holt. But sinister players with a connection to Oliver’s past will push the team to its breaking point, threatening everything Oliver’s worked for and his legacy as the Green Arrow.

Last Season Finale: Darhk steals the laptop keeping him locked out of “Rubicon” and launches over 15,000 nuclear missiles, giving the team two hours to prevent worldwide annihilation. With Star City citizens rioting, Oliver addresses everyone directly, inspiring hope in them to stay strong, while Felicity and Curtis divert the missile aimed at Star City. Oliver goes after Darhk, while Felicity, Merlyn, and Thea track down “Rubicon”. Felicity is able to convince Cooper to stop helping Darhk, at the cost of his life. Curtis devises a means to stop the missiles. Oliver is able to nullify Darhk’s powers with the hope he inspired throughout the city. While the citizens of Star City take on Darhk’s remaining men, Oliver and Darhk physically battle, with Oliver killing Darhk. Afterward, Lance, Thea, and Diggle leave the team for new lives, and Oliver is appointed Mayor. In flashbacks, Reiter and Taiana fight; Taiana is able to drain Reiter’s life force enough for Oliver to kill him. After, Oliver is forced to kill Taiana, at her request, when she is unable to escape the darkness within. Oliver radios Amanda Waller to rescue the rest of the prisoners and keep the idol safe, intending to go to Russia to honor his promise to Taiana.

What to Expect in Season 5: As the show arguably at the centre of the Arrowverse, Arrow could be considered as one of the most highly anticipated DC shows returning to our screens this fall. And it would be, if it were not for its last 2 seasons which have been heavily criticised, by fans in particular, and have failed to live up to its season 2 heights. Apparently the show will be going back to basics, and it will feature a big bad who is not based on a comic book character and an original creation of the show called Prometheus (don’t tut at the non-comic book aspect, remember Diggle was a creation for the show too). We also know Oliver will be training a new Team Arrow, and that Dolph Lungdren will feature in the flashbacks, which aren’t meant to appear again after this season. Apparently the show will have minor ramifications of the Flashpoint events caused by the actions of Barry Allen in The Flash‘s second season finale. The usual Arrowverse crossover will take place, this time across all 4 CW-owned DC shows (Flash, Legends and Supergirl). The titles of the first 6 episodes have also been revealed, along with their writers and directors, which you can read here, with the season premier being titled Legacy.