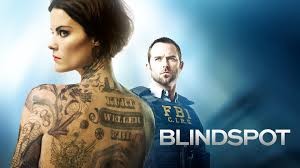 Show Synopsis: A Jane Doe is found in Times Square with no memory and mysterious tattoos on her body that lead to various mysteries.

Last Season Finale: To track down Oscar, Jane enlists the help of Ana, a young hacker the team had previously saved. Weller and Sarah dig underneath the fort in their childhood home, where Bill Weller said Taylor Shaw was buried, but find nothing. Weller realizes that “fort” referred to an old family campsite; there, he digs up Taylor’s bones. Jane finally catches up to Oscar, who knocks her out and captures her. When she awakens, he confirms she is not Taylor, explains their group’s plans, and tells her that Shepherd is their leader. As he prepares to wipe her memory again, Jane breaks free and kills him. Reade, Zapata, and Patterson search for Mayfair, learning she was murdered. Decrypting a flash drive Mayfair had hidden in her house, they discover files labeled “Daylight,” “Orion,” and “M7G677.” Upon Jane’s return to her safe house, she is greeted by a coldly furious Weller who arrests her.

Trailers: A trailer was released at SDCC, which you can watch embedded below.