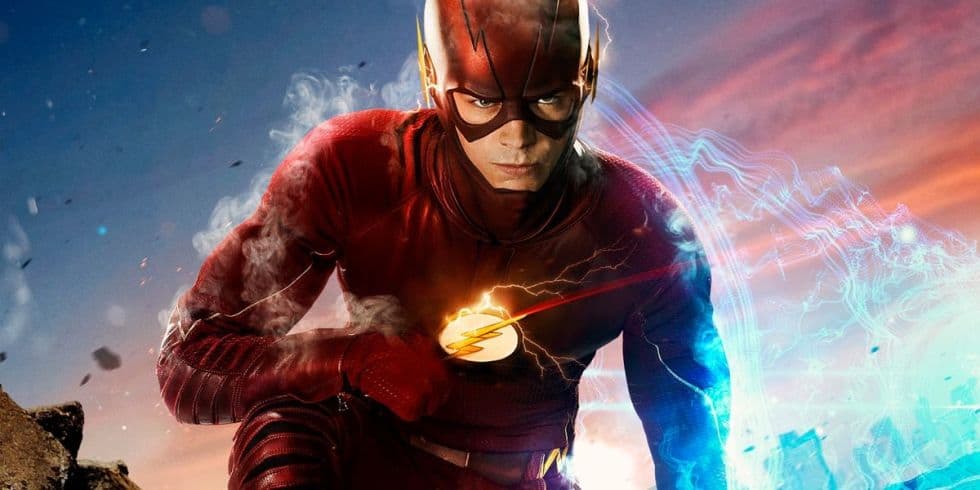 Show Synopsis: Until recently, 26 year-old Barry Allen lived a normal life as a perpetually tardy C.S.I. in the Central City Police department. He was secretly in love with his best friend, Iris West, daughter of Barry’s surrogate father, Detective Joe West. Joe adopted Barry fifteen years ago after Barry’s mother was murdered and Barry’s father, Henry Allen, received a life sentence for the crime – though Barry always maintained that a mysterious “Man in Yellow” was responsible. Then the S.T.A.R. Labs Particle Accelerator exploded, creating a dark matter lightning storm that struck Barry, bestowing him with superspeed and making him the fastest man alive. But Barry wasn’t the only person who was given extraordinary abilities that night. The dark matter also created meta-humans, many of whom have wreaked havoc with their powers on the city. With the help of his scientist friends at S.T.A.R Labs, Caitlin Snow, Cisco Ramon, and Dr. Harrison Wells, Barry began a journey as The Flash to protect the people of Central City from these powerful new threats.

Last Season: After successfully closing the Singularity from destroying Central City, Barry thinks he’s seen the worst… but the arrival of Jay Garrick reveals that the Singularity actually opened portals to an alternate Earth, known as Earth-2, which is being terrorized by a formidable evil speedster named Zoom. As Zoom sends an army of Earth-Two meta-humans to Earth-1 to defeat Barry, he receives unexpected assistance from the Earth-Two doppelganger of his former mentor, Harrison Wells. Meanwhile, Cisco discovers that he, too, was affected by the dark matter of the Particle Accelerator and must come to terms with his newfound powers. As Barry struggles to juggle life as a hero, he opens his heart to Patty Spivot, a spunky detective paired with Joe West, but realizes just how hard it is to find happiness when the lives of everyone you love are at stake. He finds some solace in the companionship of his father, Henry Allen, who was freed from a wrongful life sentence… but when Zoom kills Henry before Barry’s eyes, Barry’s newfound stability is shattered.

Blinded by anger, Barry unwittingly plays into Zoom’s game and uncovers the evil speedster’s true goal: to destroy all Earths in the multiverse. In the race of his life, Barry ultimately gets the upper hand against Zoom and defeats his nemesis. But unable to celebrate victory, Barry makes a world-shaking decision and speeds back in time to the night his mother died to stop Reverse Flash from killing her, irrevocably changing his past and redetermining his future.

What to Expect in Season 3: We know the third season will loosely adapt the Flashpoint arc from the comics (with the first episode using Flashpoint for its title) which will see Wally West suit up as Kid Flash and both of Barry’s parents back from the dead. There will be 2 big-bads for Team Flash to go up against this year, Doctor Alchemy and Savitar, and Grodd will return in a 2-part episode centred around Gorilla City. Tom Cavanagh will appear as a new version of Harrison Wells, as well as returning as Earth-2 ‘Harry’ Wells along with his daughter Jesse Quick. Cisco will get a full costume as Vibe while Caitlin’s past will be explored. Kevin Smith is set to direct episode 7, which will be followed by the annual crossover episode (this time including crossover’s with not just Arrow but also Legends of Tomorrow and Supergirl). There will also be a 2-part musical crossover with Supergirl in the back half of the season.