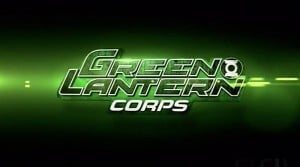 First off the studio pushed an untitled DC film from June 19, 2020 to a month later on July 24, 2020. Though untitled, the film is publicly considered to be the Green Lantern Corps film. Though this isn’t a drastic movement, the new placement puts it two weeks after an untitled Marvel Studios film instead of 3 weeks before. July 2020 is going to be a great month!

Gareth Edwards’ sequel to his Godzilla reboot has gotten a bigger push from June 8, 2019  to March 22, 2019. The move is clearing the film out of the path of the sixth Transformers film. The new date places the film around the same spot Batman V Superman took this year.

The heavily anticipated crossover Godzilla vs. Kong was given its first official release date on May 29th, 2020. Though a far out date, the film has no real competition besides a Marvel film set to open at the beginning of the month.

Finally, a “WB Event Film” has been announced for December 25, 2018. The film is set to compete against a Disney film, (presumed to be a live-action adaptation) and the animated Spider-Man film that opens four days before on December 21.

What do you think of the shift of release dates? Are you upset you will have to wait an extra month to see Green Lantern Corps? Sound off in the comments below!