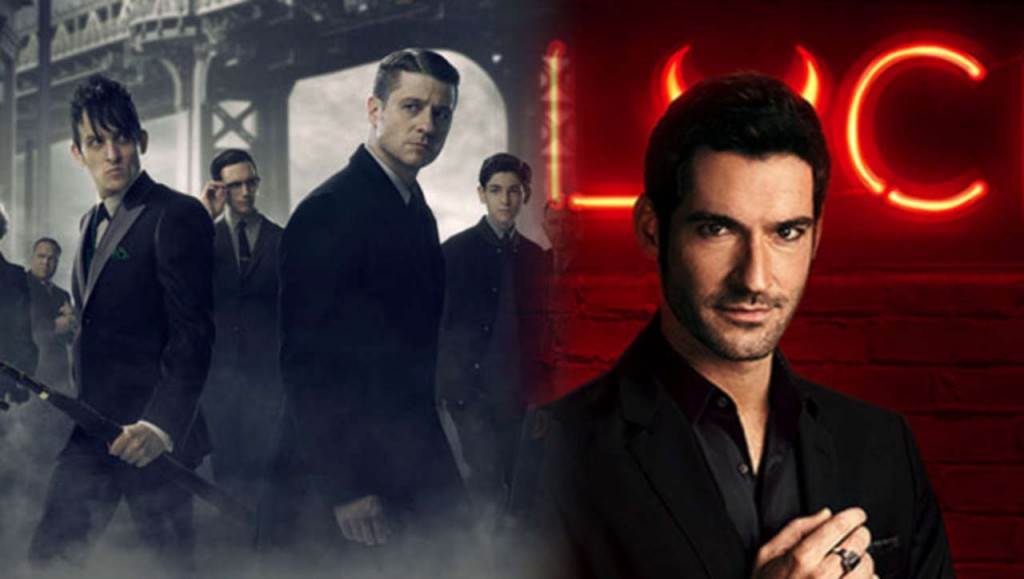 FOX have released a new trailer featuring their two DC properties: Gotham and Lucifer. The trailer features new footage for both shows, including a peak at Gotham‘s new Poison Ivy and Lucifer’s Mother of Angels played by Tricia Helfer (she also goes by Charlotte).

This trailer is a clear move from Fox to emphasise their DC properties, which will both air on Monday’s. Could this indicate a crossover is on its way? Highly unlikely, but in the world of comic books, and corporate television, you never know.

This trailer also comes off the back of the release of the new synopses for both shows. You can read Gotham‘s season 3 synopsis here, and the synopsis for Lucifer’s second season below.

In Season Two, LUCIFER MORNINGSTAR (Tom Ellis) and his brother, AMENADIEL (DB Woodside), who have been sparring over Lucifer’s resistance to returning to the underworld, will now be brought back together for one common goal – to find their mother, CHARLOTTE (Tricia Helfer, “Battlestar Galactica”), who escaped Hell. After all, Lucifer doesn’t take after his dad, so the parent he does resemble is sure to be quite terrifying. Lucifer’s work with the LAPD also is upended when the police force hires ELLA LOPEZ (Aimee Garcia “The George Lopez Show”), a smart, tough forensic scientist whose mutual belief in both faith and science proves a point of interest to Lucifer.

With mom on the loose, DR. LINDA MARTIN (Rachael Harris), who has become not only a therapist, but also a confidante to Lucifer, will surely have a lot of advice to dole out. And, by the time she’s done with them, she may need a therapist of her own.

Both Gotham and Lucifer return to FOX on Monday Setpember 19th, and until then check out the trailer below.