A few weeks ago, Batman v Superman: Dawn of Justice opened up to largely negative critical reviews. While the fans were kinder than the critics, there’s no doubt that the second installment in the DCEU has become even more controversial than its predecessor, Man of Steel. Despite the fact that the movie just passed $800 million at the box office, many are labeling it a flop.

Are the critics right? Does Batman v Superman: Dawn of Justice have any redeeming qualities? I think so, which is why I’m here to give a rebuttal of sorts. FYI, I won’t be drawing any comparisons to the MCU. Apples and oranges, people.

Warning: Tons of spoilers ahead… 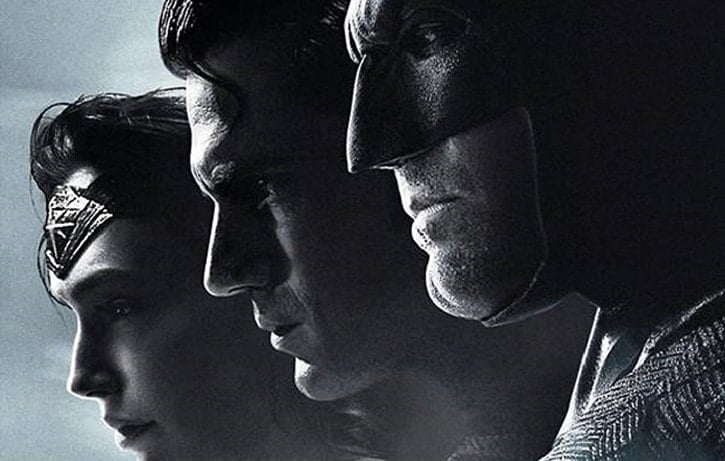 A majority of the complaints I’ve read about Batman v Superman revolve around its plot. Reviewers and internet commentators claimed to have found the plot difficult to follow. Others said that certain elements were totally unnecessary. To me, most of the movie revolved around one central plot, and two smaller subplots.

The central plot followed Bruce Wayne’s quest to steal the Kryptonite discovered by Lexcorp so that he could use it to kill Superman. Everything we see him do in the first two-thirds of the movie, from beating up criminals and tracking down the White Portuguese, revolve around this goal.

The first subplot shows Lex Luthor (Or Alexander Luthor Jr to us nerds!) attempting to drive Bruce Wayne far enough over the edge so that he’ll take out Superman. Taunting messages in the mail, co-opting the anger of Wally, all done to provoke Bruce. The second subplot puts the intrepid Lois Lane’s legendary reporting skills on full display as she uncovers the Luthor’s connection to the bullet used in the African incident.

Is it a dense story? Sure. Does it require you to pay attention? Yes, but Batman v Superman isn’t a typical action flick. It’s a classic melodrama. It follows the persecution of Superman by Lex Luthor and Batman, culminating in Superman’s ultimate sacrifice, a final act of virtue. I for one was happy to see that DC and Warner Bros. didn’t decide to water down the story, or spoon feed us every little explanation. 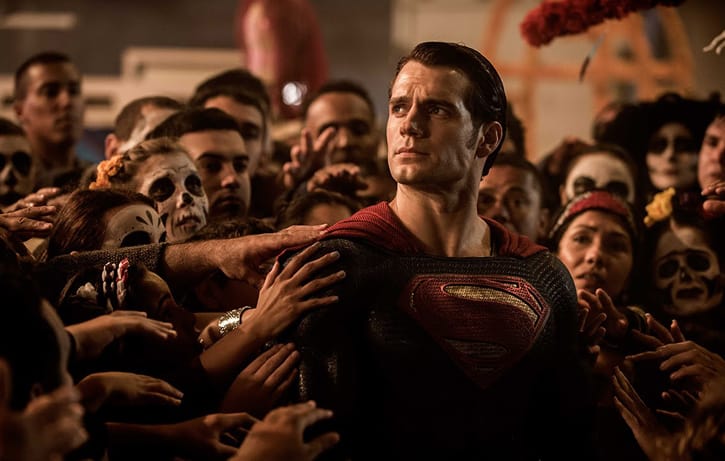 A large number of complaints are about Kal-El. Some people feel that director Zack Snyder was telling fans to take the Golden and Silver Age of comics and shove it. Other’s just miss Christopher Reeve. Maybe if Clark had smiled and winked like he was in a Crest commercial, people would be nicer, but probably not. I think that most fans completely missed the point.

Yes, Clark Kent is a more moody than we’ve ever seen him. What we’re given here is a continuation of the character we met in Man of Steel. He’s an alien who, despite having a family, job, and girlfriend, feels alone. He is trying to live up to the ideals he learned from Jonathan Kent. He is doing the best that he can, despite the fact that the entire world is his obstacle.

This is a character who cares about discussing the plights of the poor and disenfranchised. He pleads with editor Perry White repeatedly to let him cover what he believes to be a social injustice. And when Perry makes cracks about it not being 1938 anymore, it’s not an attempt to tear down the classic versions of the character. It’s an attempt to highlight that despite what kind of world we live in today, this Kal-El still has those same ideals in his heart. I don’t know about any of you, but that’s exactly what I want from my Superman. 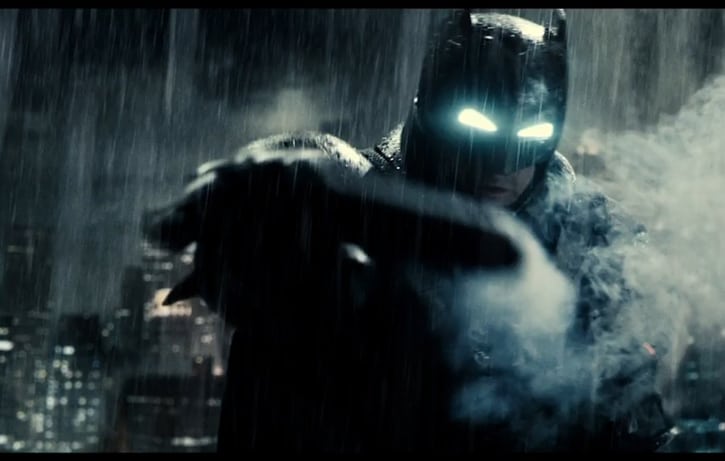 Ben Affleck’s portrayal of Batman has been one of the most celebrated (and derided) things about the movie. There’s no doubt Affleck brought his A-Game, showing us a truly war-weary Dark Knight. Personally, I consider him to be the finest on-screen Batman yet. What people have a problem with is the level of brutality that he exhibits, especially when it comes to killing.

Five minutes into the film, I understood why this version of Bruce would be different. He’s the sum of his experiences, and this version of Batman has been put through the ringer. As a young child, he witnesses his parents murder, a scene done to perfection by Snyder. During the battle of Metropolis, he watches helplessly as his friends and employees are killed. Moments after the Wayne Financial building comes down, he saves the life of a young girl, only to learn that her mother died in the collapse. It’s tantamount to watching his parents death all over again.

Throw in the death of Robin, and you have a recipe for one angry vigilante. (In the comics, Batman did get excessively brutal after the death of Jason Todd.) It’s something that Alfred discusses early on when he mentions of how everything has changed. The feeling of powerlessness has turned the good man that he’s known all his life cruel, and you can tell it’s breaking his heart. 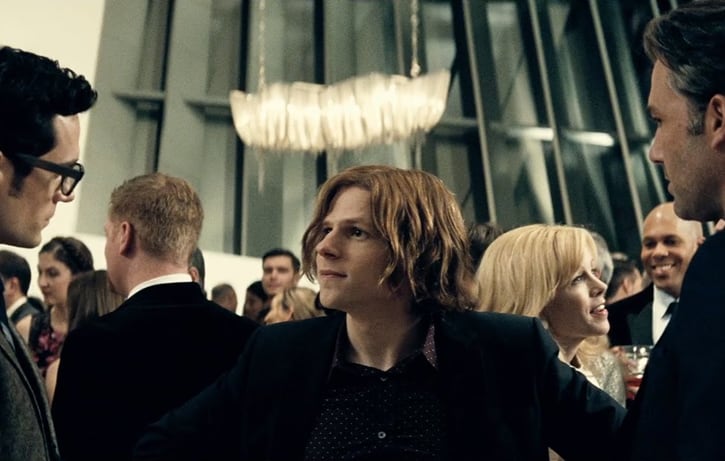 Lex Luthor and His Motives

The internet nearly imploded after it learned that Jesse Eisenberg would be portraying Alexander Luthor Jr. His father was the one who started Lexcorp, naming the company after himself.

If you’re someone who thinks that young Lex had no reason to hate Superman, you may want to take a second look. While the movie is a densely packed, (Hell, even I had to see it twice to grasp it all!) Lex’s motivations were present, if you were willing to look for them. His hatred for Superman stems from a combination of his hatred of his father, and what his father went through growing up in East Germany.

While he may not have lived long enough to confront the Man of Steel, Lex sr apparently was every bit the evil bastard we’d expect. No doubt an obsessive, diabolical businessman, he apparently abused him with “fists and atrocities.” During his rooftop confrontation, we learn that Lex refuses to believe in deities. Superman is the embodiment of everything that never answered his cries for help.

Lex Luthor is twelve steps ahead of everyone else, as he should be. He figures out who Batman and Superman are, and effortlessly plays them against one-another like chess pieces. What I loved the most was the layers that Eisenberg brought. Anyone can kidnap someone or engineer a Doomsday device (See what I did there?), but this Lex shows his disgust in every sentence. The way he exclaimed “Mother of God, look at the time,” was a beautiful way to turn the screws. 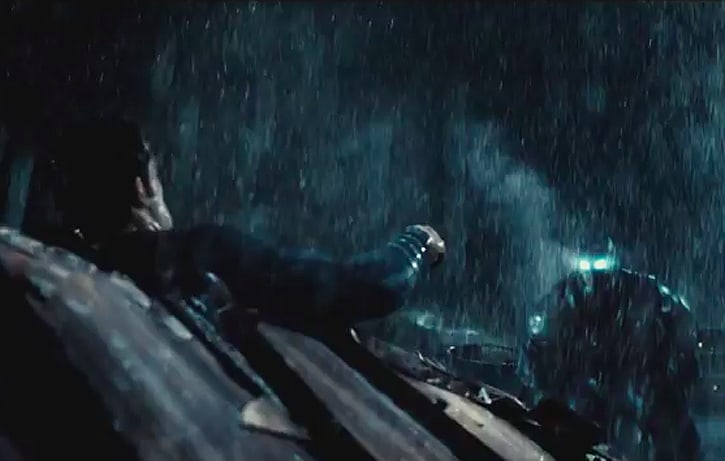 The Fight (And the Infamous Martha Moment)

Many people complained either that the fight between Batman and Superman was too short, or that it could have ended with a three minute chat with Clark explaining things. While I wouldn’t have minded another minute or two of fighting, people are forgetting that Clark did try to explain it to Bruce. Yes he told Lois that he felt like no one can stay good in this world, but when it came time to act, he chose to try and talk. Twice.

Unfortunately for him, Batman didn’t come to chat. He came to fight. The only option Clark has is to knock him into submission so that he can speak. Unfortunately for him, he sorely underestimated the Dark Knight. Substantially weakened by Kryptonite, he fought on a mostly level playing field. The action was intense, personal, and beautifully shot. The problem most people have is that it ended Superman begging Bruce Wayne to save his mother Martha.

Bruce immediately flashes back to watching his parents death, and it’s not just because their mothers share a name. It’s so much deeper. For the first time, Batman sees Superman as someone with humanity. He has a family, and people who love him. Staring down at Clark and Lois, Bruce changes. In that moment, he becomes the Batman we know. This movie was his redemption story. 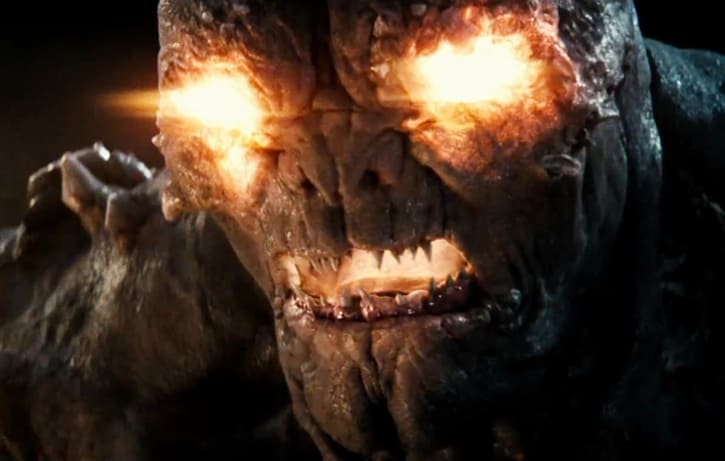 At his core, the character who famously killed Superman is a strong, violent animal that destroys and evolves. Doomsday isn’t a second villain for Batman v Superman: Dawn of Justice. He is a tool used by Lex to accomplish his goal. A living tool that feeds on energy. Yes I wanted bigger bone spikes, but I got over it.

One of the few things I took issue with was how they manipulated Doomsday’s origins. Of course, if you stuck to what it was in the comics, you’d need two movies just for the set up. For this film, Doomsday doesn’t need a ton of set up. He doesn’t speak, he has no motives, and he’s strong enough to be a legitimate threat. If it were Darkseid or Brainiac, then yes it would be weak to put them in for the final act. Here however, it works.

Think for a moment what it would have been like if our two heroes had fought, resolved, and then arrested Lex. They wouldn’t have needed Wonder Woman’s help, which would have robbed the movie of one of its highlights. Hell, Batman could’ve arrested Lex without breaking a sweat. Seriously, how anticlimactic would that have been? 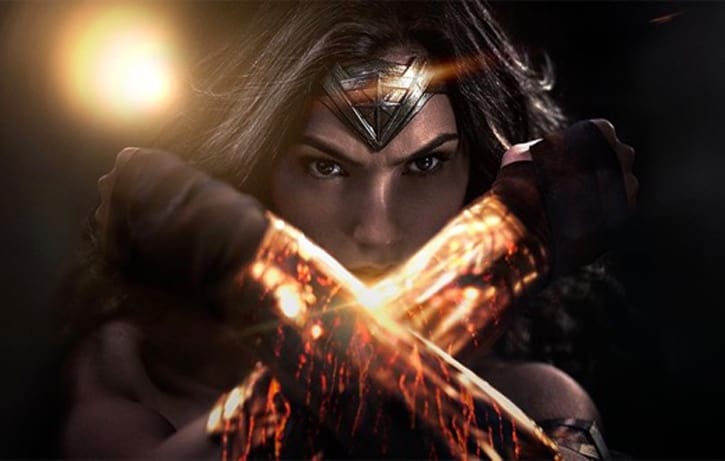 I’ll start this last part off by saying that this movie was real inside baseball for DC fans. If you weren’t familiar with certain comics, you were probably lost a lot. While I applaud Snyder and Terio for not dumbing it down, I recognize that the casual moviegoer could consequently be left in the dust. You may not have recognized the parademons or the motherbox. Some didn’t even realize that it was The Flash coming back to warn Bruce. It will be interesting to see how people feel when the film is released on Blu-Ray in with the full 3-hour running time.

For some, the dark tone was a turn off. Yes it was dark, but so are many of the iconic graphic novels that influenced it. Ever read The Killing Joke, Death of Superman, or The Dark Knight Returns? Pretty dark material.

As we’re introduced to these iconic heroes in Batman v Superman: Dawn of Justice, we realize that they’re not quite the characters we know. We get to see three figures grow into what we recognize, and it’s amazing. DC is famous for their multiverse and elseworld stories. I believe that the whole DCEU could be considered an elseworld story.  It would explain how things can be slightly different, while still keeping with DC tradition.

Batman started off a ‘cruel’ vigilante who had come to ignore the consequences of his acts. By the end however, he changed. He refused to brand or kill Luthor, despite all he had done. Wonder Woman ended a century of ignoring the plights of mankind, choosing to stay in Metropolis and help. Without her, Doomsday probably wouldn’t have been stopped.

Superman saved Metropolis (and the world) by sacrificing himself. He had to know that if Doomsday didn’t kill him, the exposure to the Kryptonite probably would. The mild mannered reporter who fought to bring light to the crimes going on in Gotham’s poorest neighborhoods did what was right. It was only after that that the world seemed to realize they didn’t need to fear him. Like it said on the ground of Heroes Park in Metropolis, his monument was all around us. This was his world, and he fought to save it.

But enough about my thoughts. What about yours? Comment below with your reaction!