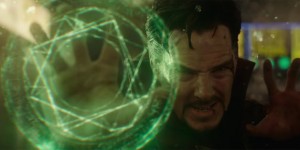 Even though Dr. Strange is only a few months away, we are very much in the dark as to the plot and what the conflict of the film will be. So far we have received two trailers that haven’t gone heavily into whatever conflict for the film will be. We know for a fact that actor Mads Mikkelsen is the villain for the film. Many comic book fans speculated that he would be Strange’s nemesis Dormammu. However, Marvel Studios confirmed that Mikkelsen will, in fact, be Kaecilius, a disciple of Baron Mordo rival of Dr. Strange. There is also the rumor that Brother Voodoo might also be in the film. So does this mean that Dormammu is not in the film?

According to Dan Harmon… maybe.

The Community and Rick and Morty writer was brought in to write several last minute scenes after the film completed production. During a recent “Harmontown” podcast, he might have mistakenly revealed some crucial information. As he was talking about a potential Community movie he was writing, the writer pulled up a list of recent files on his laptop and for a brief second, users were able to see this: 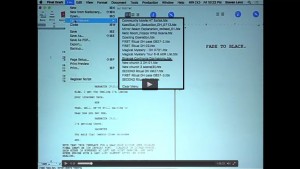 Reddit User “Bifrost51” was able to see and report a document titled: “Strange Confronts Dormammu.” Perhaps this means that we will actually get Dormammu and he will be the big baddie of the movie. Of course, this could be a classic case of misdirection, so we’ll still have to wait until the film comes out this November to see.

In the meantime, the Dr. Strange Twitter account release a video displaying more of the trippy, out of this world effects that many fans are expecting from the film. Both Tilda Swinton and Benedict Cumberbatch have had high praise for what the film will show us and the trailers have barely scratched the surface. Take a look.