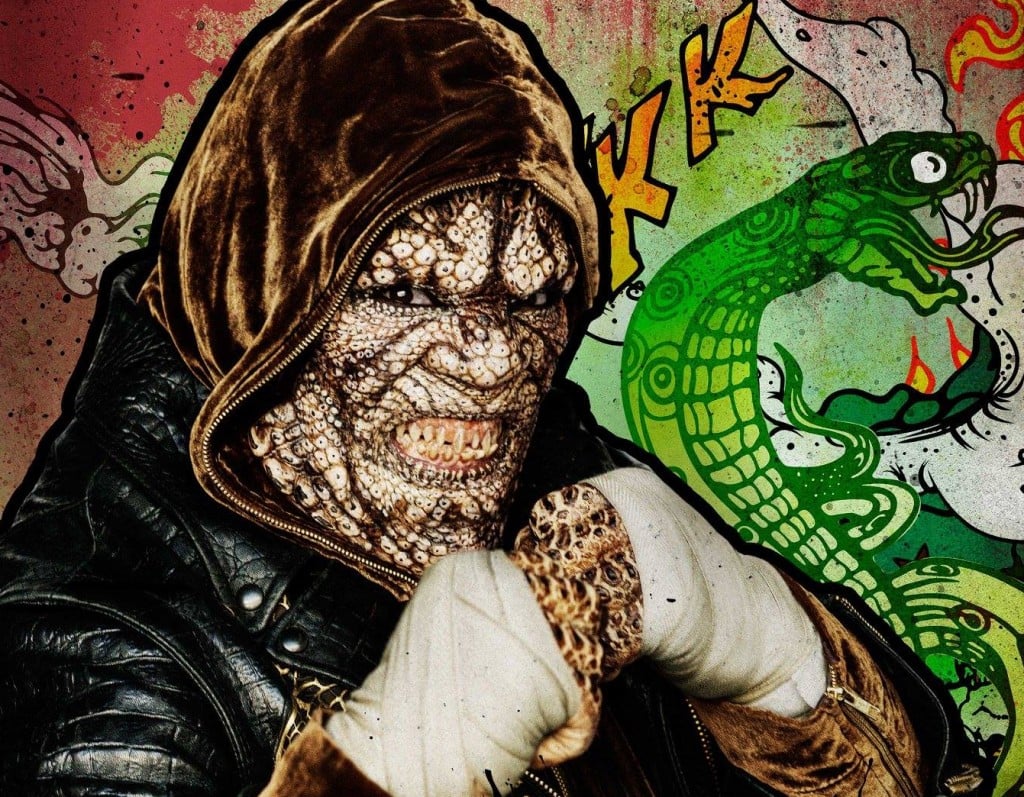 Suicide Squad will witness a team of DC Comics’ most eclectic villains team up and become heroes. One of the members is Killer Croc, a Batman villain played by actor, Adewale Akinnuoye-Agbaje. In an interview with IGN, Akinnuoye-Agbaje spoke about the charterer’s “tortured” past.

“He’s somewhat tortured and abused from his childhood. It dictates his reactions, from him wanting to go underground. He’s always been ostracized and ridiculed for how he looks. What he’s done is embrace that. Instead of saying ‘I’m ugly’, he’s says ‘I’m beautiful’. Instead of going underground as if he’s hiding, he says ‘this is my kingdom’. He’s kind of reversed some of his childhood abuse into allowing him to become what he is, which is really the next threat to take over Gotham. That’s really what his ultimate goal is. One of the reasons is probably because obviously power, respect but people liking him. And if you don’t, you’re going to have to if he’s got power. So all of those elements play into it.”

Despite his intimidating appearance Killer Croc is a slightly more nuanced character and Adewale alludes that we may see a softer side to Croc in the film.

“I think it’s pretty much how he expresses himself. He’s very primal, carnal. He’s a creature. And those felines, those are his brethren. And so, if he’s making sculptures that reflect that, it may be a pet that he may have had when he was a child. Things like that. “He’s very creative. Again, another aspect that you’re going to see to him, just when you think you’ve got him pegged, he does something very surprising and makes these beautiful sculpted pieces. It’s a testament to the gentle, creative side of him. David [Ayer, the director] is very much about bringing that out and juxtaposing it with the visceral, viscous, barbaric creature that he has to be when he needs to be.”