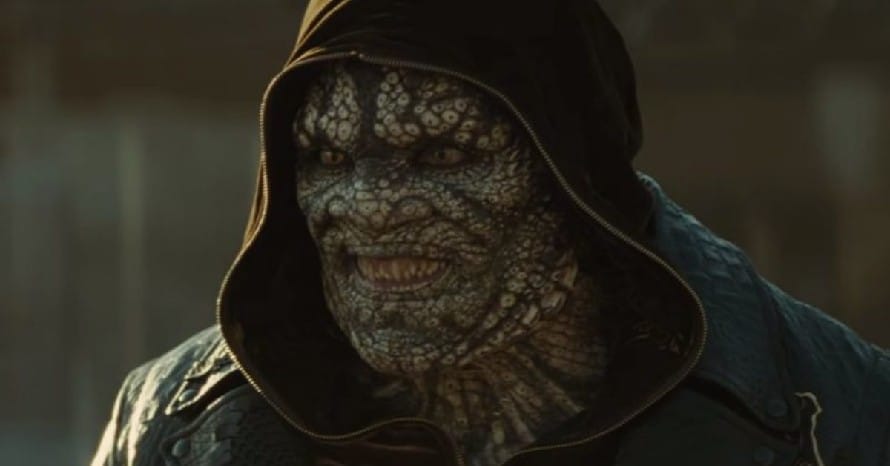 Adewale Akinnuoye-Agbaje does not expect to make a return as Killer Croc in James Gunn’s The Suicide Squad.

Speaking to Yahoo!, Adewale Akinnuoye-Agbaje explained that he personally does not feel the need to revisit the character of Killer Croc on screen again, although he was grateful for the opportunity to play the character and that he got a nice car out of the role. This likely rules out any possibility of a cameo in The Suicide Squad, or other DC Films, unless Adewale Akinnuoye-Agbaje changes his mind down the road.

“I don’t think I need to [play Killer Croc again], to be honest. I did it, I enjoyed it, it bought me a Bentley and I will keep moving on.”

Given that Adewale Akinnuoye-Agbaje also played Kurse in Thor: The Dark World, it could just be he doesn’t want to be typecast as evil henchmen characters in superhero movies. Or perhaps there aren’t any plans to really flesh out Killer Croc as a character.

James Gunn’s The Suicide Squad will have King Shark in it, which is a character that Killer Croc was thought to be a stand-in for in David Ayer’s Suicide Squad, considering the Aquaman villain’s closer association with the team. It’s possible that Adewale Akinnuoye-Agbaje was invited back to play Killer Croc for the James Gunn sequel like Will Smith, but he could have turned it down.

David Ayer’s Suicide Squad followed a team of supervillains who were recruited by the government for a dangerous black ops mission in exchange for reduced sentences. The sequel will see the return of four cast members from that film: Margot Robbie as Harley Quinn, Viola Davis as Amanda Waller, Jai Courtney as Captain Boomerang, and Joel Kinnaman as Rick Flag.