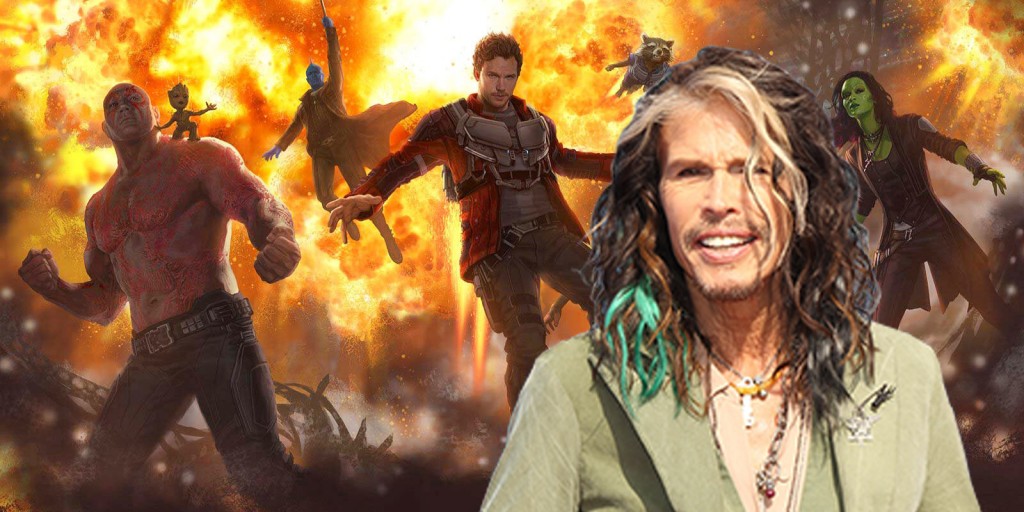 Guardians of the Galaxy was a risk for Marvel – both in terms of the characters (more obscure than the Avengers) and setting (Marvel’s first movie to take place entirely in outer space). The benefit outweighed the risk, however, as the film became a smash hit. One of the greatest selling points for the film is its cast – from Chris Pratt, to Bradley Cooper, to Vin Diesel, all the way to Vol. 2 newcomers Kurt Russel and Sylvester Stallone. If there’s one thing the film will not be in short supply of, it’s talent.

To add to the already expansive cast, musician Steven Tyler is throwing his hat into the ring. Tyler, who is busy promoting his new movie Happy Birthday, mentioned he would like to be in the eventual Guardians of the Galaxy 3 while speaking with People Magazine. Check it out:

“I hope [audiences] enjoy [Happy Birthday]. I know I did! It made me want to do more movies for sure, I would do anything to be in Guardians of the Galaxy 3 – are you listening James Gunn?”

Jimmy Urine from Mindless Self Indulgence is already lined up for a musical cameo during Guardians of the Galaxy Vol. 2, so Tyler landing a role in the third film is not out of the question. If there is one thing the franchise can never get enough of, it’s star power.

Do you want to see Steven Tyler make an appearance in Guardians of the Galaxy Vol. 2? Make sure to let us know down in the comments.