Skip to content
by Andy Behbakht on September 20, 2016
Previous1 of 6Next

Agents of S.H.I.E.L.D. had quite the dark year in Season 3 with the war against Hive and the big Inhumans focus as a whole. Tonight the show finally returned for its fourth season to pick up where the show left off after the Season 3 finale, with Daisy Johnson, a.k.a. Quake, now having departed the organization and is on her own. But Daisy’s new status quo isn’t the only new aspect that we explore in “The Ghost” as we finally meet Gabriel Luna’s Robbie Reyes, better known as Marvel’s Ghost Rider, one of the new mysteries of Season 4.

This season premiere, very similarly to last year’s premiere, gives us a good tour with our main characters and where they are at since we last saw them several months ago. While the premiere is very heavy on Ghost Rider (not that we are complaining); we do get a good sense of each of the characters’ position in the present. It was without doubt one of the show’s most packed hours ever, especially when you are dealing with an ensemble show like this with so many characters. Hit the NEXT button below and let’s go through some of the season premiere’s highlights and more! 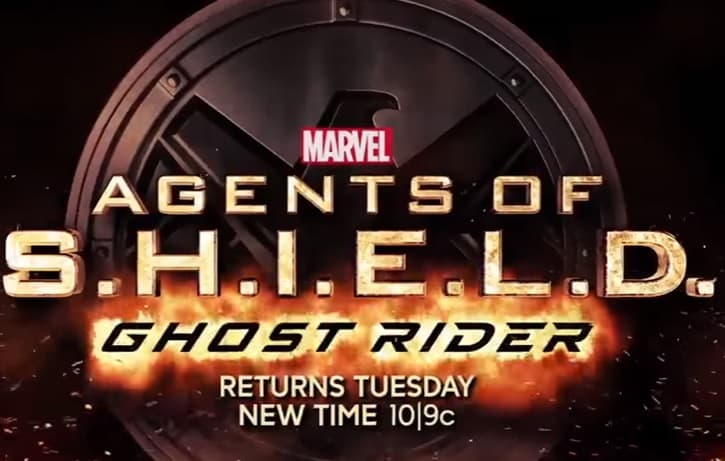 Throughout Season 2 and 3, these two characters butted head a lot and by “a lot” I mean pretty much all the time as they tended to disagree a lot. It was fine at first, but eventually it gets old and thankfully, these two have taken a huge progression forward in their relationship. Throughout most of the premiere, we see a very neat partnership between the two of them and a lot of maturity. This is a theme that I hope is consistent with not just these two, but most of the S.H.I.E.L.D. characters this season. After the back and forth that we have seen over the past few seasons, it would be refreshing to see less conflicts between these allies. 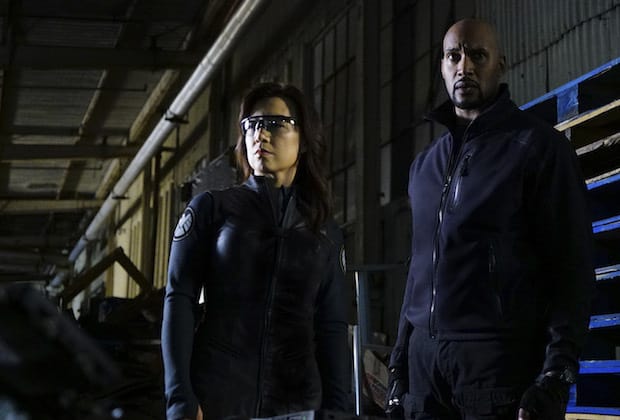 With Ghost Rider’s introduction, we are exploring the supernatural side of the Marvel Cinematic Universe, with Doctor Strange coming out in just a few months. But Ghost Rider isn’t the only supernatural mystery that we deal with in the premiere. Towards the third part of the premiere, we discover this mysterious, but dangerous box that probably shouldn’t have been opened. While we don’t get a clear idea of who the new big bad of the season is, something tells me that this Ghost Box, will be a force to be reckoned with, unless the ghost we saw appear, was our first glimpse of the big bad. 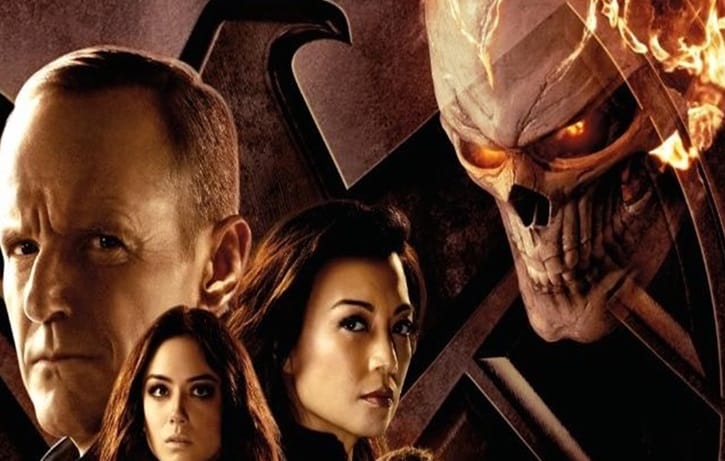 It wouldn’t be a true episode of Agents of S.H.I.E.L.D. if there wasn’t a freaky or mysterious post-credit scene to wrap things up with and this one was...intriguing. While not every agent may have caught the mysterious ghost, May did and the post-credit scene for the premiere might get some Melinda May fans out there quite concerned. Has it ever meant something good when you start to hallucinate your alley going all ghost-y on you? Probably not, but something tells me that May might have a key role with this mystery. 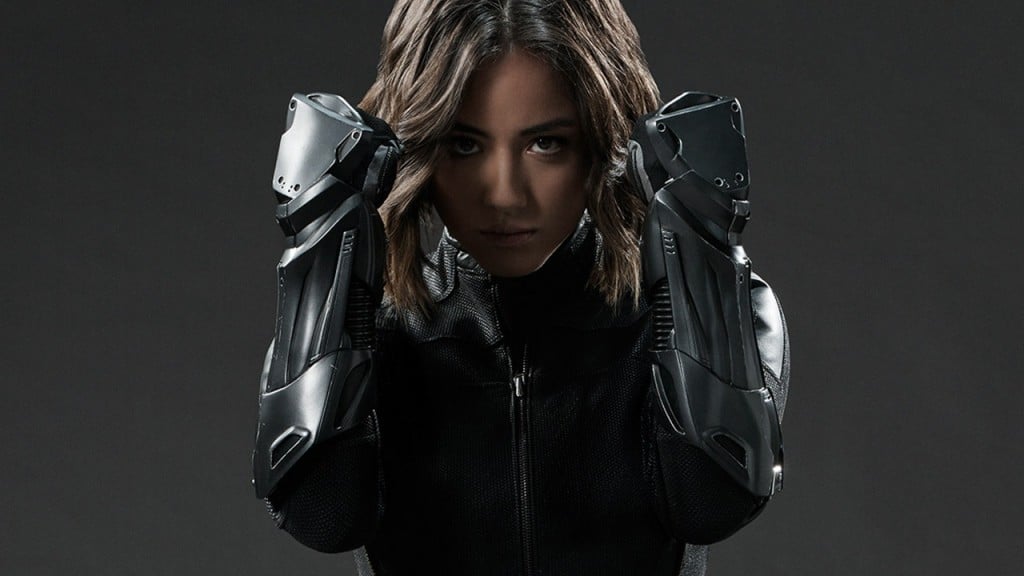 I will admit that after the Season 3 finale, I was mixed about Daisy’s decision, even though I understood it as Lincoln’s death wasn’t an easy one. But what this season premiere did, put all my concerns to rest as I’m all in for Daisy’s arc. Her entrance in the opening where she pretty much had a vigilante feeling to herself was something that I really enjoyed and given how talented Chloe Bennet is, it was fun to see her get to play with a new layer for her character. Her first encounter with Reyes was visually a lot of fun, but intense to watch because when two power houses clash, anything can happen. I look forward to seeing more of these two interact throughout the new season.

The wait for this character, was 100% worth the wait as Gabriel’s Ghost Rider stole the hour in the Agents Of S.H.I.E.L.D. premiere. The opening scene with Ghost Rider taking out the criminals that Quake was targeting, felt like reading the first pages of a gritty comic book, which is always a plus for me. The show didn’t shy away from playing the “friend or foe” aspect a lot with Reyes throughout the hour, but that was something that I was expecting and don’t mind really. With the show’s move to 10 PM, seeing the darker layers that came with this character, fitted in very nicely. Even though it isn’t 100% on the Netflix level, this is pretty darn close which says a lot. The moment when he transforms and we see that flaming skull come to life, it was one of those moments that truly made the show feel like a living comic book.

Verdict: Having been with Agents Of S.H.I.E.L.D. since its beginning, where it had its struggles, seeing where we are four years later, especially in tonight’s episode, was fulfilling as a long-time viewer of the show. “The Ghost” was overall a very solid premiere that set up a lot of intriguing and exiting mysteries to flesh out the series even further as it has entered its fourth year. Luna’s Ghost Rider debut was phenomenal and as someone who isn’t that familiar with this character, I loved every part of his introduction.