Skip to content
by Andy Behbakht on September 27, 2016
Previous1 of 6Next

Agents of S.H.I.E.L.D. had a solid start last week with its hot season four premiere which introduced the new player Robbie Reyes a.k.a. Ghost Rider who encountered Daisy Johnson a.k.a. Quake where she discovered that Robbie isn’t your average vigilante. This week’s episode focused heavily on fleshing out their new relationship as Quake and Ghost Rider came to understand and learn more about one another, which got us to the ending that we got, but more on that later.

May however isn’t having an easy day at all as she starts to get sick and sees everyone around herself as ghosts, which eventually breaks May. The main focus of “Meet The New Boss” couldn’t have been clearer as we finally get introduced to Jason O’Mara’s mysterious character who is the new S.H.I.E.L.D. director that we learn quite a lot about throughout the hour. Fitz and Mack are also on their own adventurous mission as they run into not just Daisy, but her hot new friend too.

The pacing in this week’s episode was changed a lot more than I was prepared for which is both a good and bad thing. But with so much happening, let’s break it all down instead so hit the NEXT button below and let’s go through some of tonight’s biggest highlights and important moments in “Meet The New Boss”!

#3: The Ghost Mystery Fleshed Out 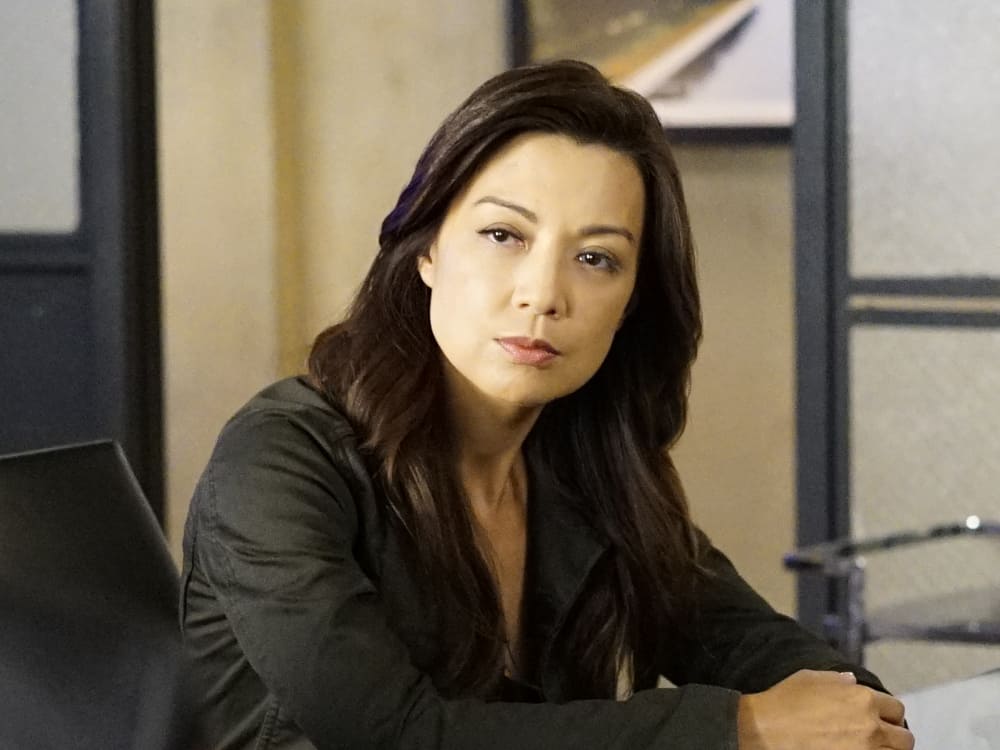 While we don’t see May per say fighting the ghosts (at least not yet), it’s their effect on her that she ends up having to fight. Throughout the course of Agents Of S.H.I.E.L.D., we haven’t seen much be able to break May down as she is butt-kicking fighter. But tonight the supernatural managed to and seeing Ming-Na Wen’s strong performance of a Melinda that we aren’t used to see, was powerful. She has been one of my favorite characters since the pilot all the way back in 2013. The scene where she is fighting her fellow S.H.I.E.L.D. agents was as usual great action, but it was painful to watch it because you saw how much she was in pain. While it’s without doubt a dark arc for May, it’s still appreciated because it gives Wen something new to do with her character. Whatever happens, I hope to see May overcome this, which may take a while. 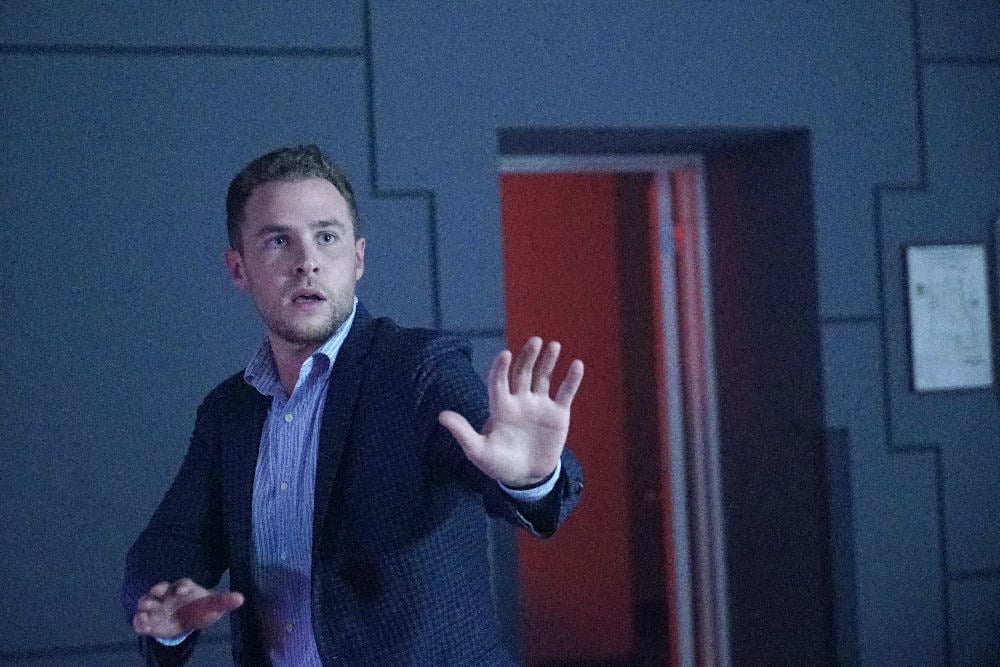 After encountering so many of the ghosts and discovering that Daisy is acquainted with Ghost Rider, we get perhaps one of the best heart-to-heart talk in the whole show. If you have been with the show since the beginning, then you know as well as I do that seeing Fitz, now being so confident, having no problem truth bombs, is a big deal. Mack’s face when he learned that Yo-Yo had been helping Daisy behind their back, was just heartbreaking. But at the same time, it’s really understandable why Daisy is doing all of this. Although I hope by the time we get to the winter finale, that Daisy will have re-joined S.H.I.E.L.D. again. Overall, that was some excellent performances by Henry Simmons, Iain De Caestecker and Chloe Bennet in that scene. 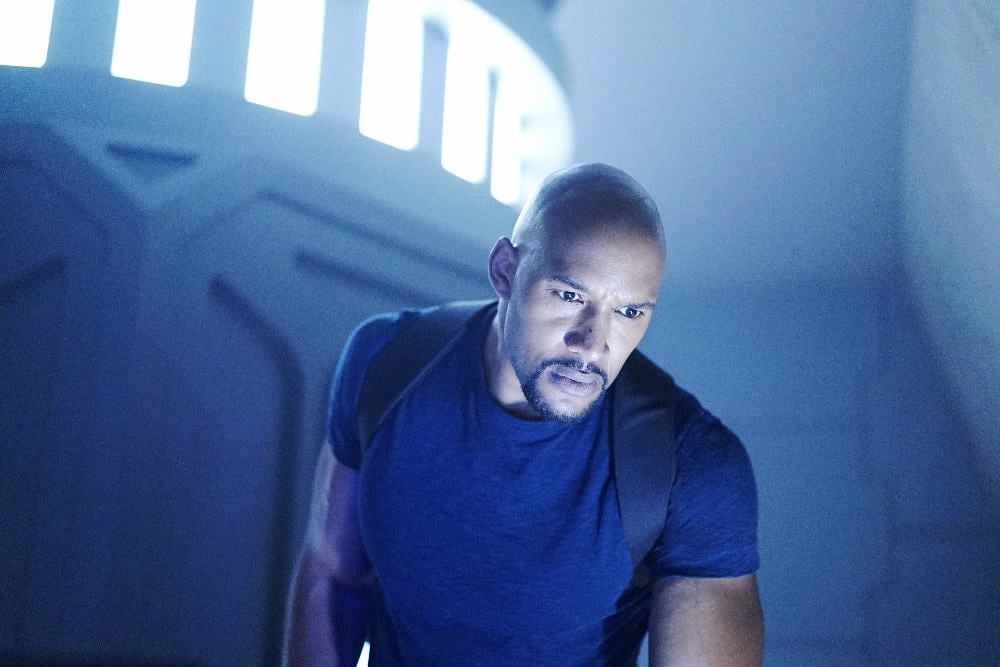 #3 – The Ghost Mystery Fleshed Out

As I mentioned at the top of this review, the pacing of this episode was increased a lot more than I was expecting. I wasn’t prepared that we would start seeing more ghosts unravel so fast and to already get teases to what made those people into what they are. At first, I really thought that it would be revealed that it was Ghost Rider’s doing when he burns the targets he goes after. But when he showed up later in the episode to stop the ghost that was going after Fitz, it became clear that he isn’t the “he” that they are referring to. This mystery may be one of my favorite ones so far in the whole show’s run and at this point, I think it’s safe to say that whoever this “he” is, that it’s our new big bad. 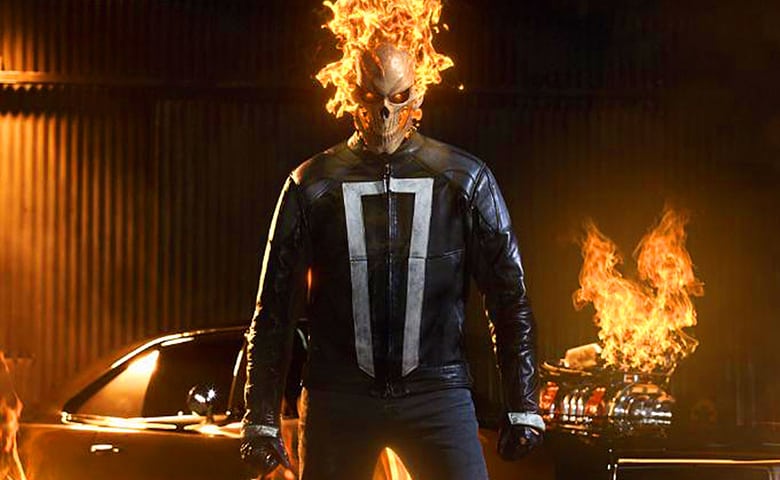 Last week, things heated up (OK, I promise no more fire puns) when Quake and Ghost Rider first met as Daisy discovered what Robbie really was. This week however, it was just a lot of fun to see her trying to get to the bottom of what he was, with 100% confidence. Whenever Bennet gets to be witty, it’s one of my favorite times on the show. However seeing Gabriel Luna’s character bond so well with Quake, while also butting heads a bit, was one of the best aspects of this episode. The more I see of the show adding this vigilante aspect, the more I’m enjoying it. While I expect them to have their ups and downs throughout the season, this dynamic has already gotten off to a good start so far. 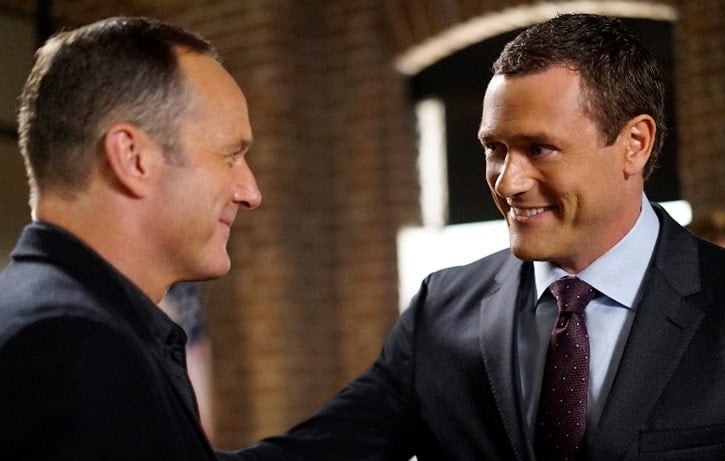 As someone who has gotten so used to O’Mara voicing Batman in the new DC animated films, it took me a few minutes to get used to seeing him in the flesh and now in the Marvel Cinematic Universe. We have a lot of charming characters on this show, but what O’Mara brought to the table, outdid it because I couldn’t help but smile anytime he opened his mouth. This is a fun character and someone that I deeply hope doesn’t turn out to be a double-agent or someone that doesn’t end up going rogue later in the season. We learn that his name is Jeffrey and how he got to this position, but also one “tiny” detail: he is an Inhuman! I knew some twist was coming because there must have been some specific reasons why we didn’t learn the identity of his character at first when he got cast. Although his last name still remains a mystery. Either way, O’Mara’s debut was splendid and someone that I can’t wait to see more of.

Verdict: While the pacing was a lot more than I expected, “Meet The New Boss” was strong follow-up to last week’s premiere of Agents Of S.H.I.E.L.D.'s new season, with an intriguing introduction of the new director. In addition, the continuing focus on the Ghost Rider and Quake dynamic was featured more this week which made me glad as I felt there wasn’t enough last week.

Marvel’s Agents of S.H.I.E.L.D. returns with new episodes starting on Tuesday, October 11 at 10/9c on ABC.