We’ve been hearing the rumors for quite a while now, but now it has finally been confirmed that Robbie Reyes a.k.a. Ghost Rider is joining the fourth season of Marvel’s Agents of S.H.I.E.L.D. which will be premiering this fall. The announcement was made at the end of the show’s presentation at San Diego Comic-Con.

Here’s what Executive Producer/Head of Marvel Television Jeph Loeb had to say:

“Season 4 will unquestionably be the series’ biggest, most ambitious story yet, and it all begins with the introduction of one of our greatest legacy characters in Ghost Rider… When the Spirit of Vengeance rides into S.H.I.E.L.D., it’ll change everything.”

Entertainment Weekly has also revealed that Reyes will be played by Gabriel Luna, who’s best known for his work in True Detective and Wicked City. In the comics, Reyes drove a 69′ Dodge Charger instead of a motorcycle and that will also be the case on the show. We’ve even got a few pictures of his ride, which is currently on display at Marvel’s booth in San Diego. You can check out the pictures below along with a brief teaser. 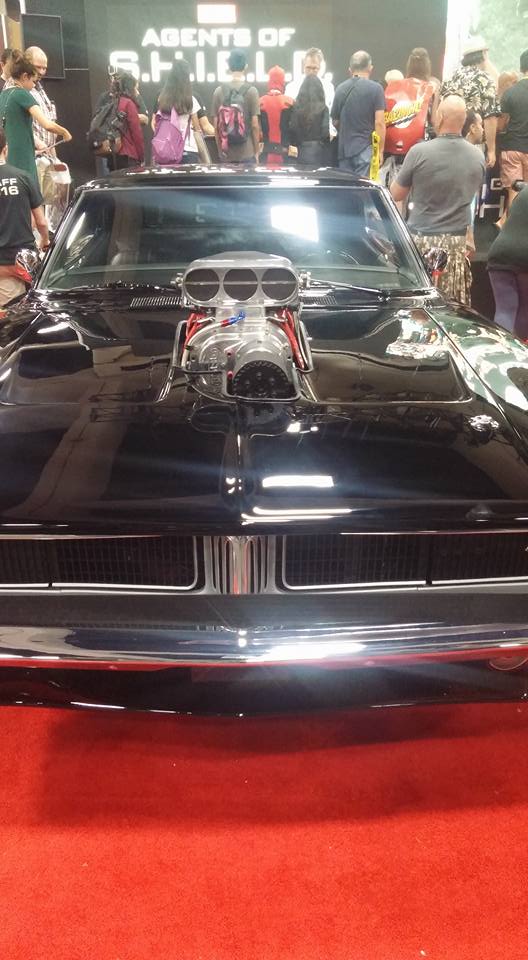