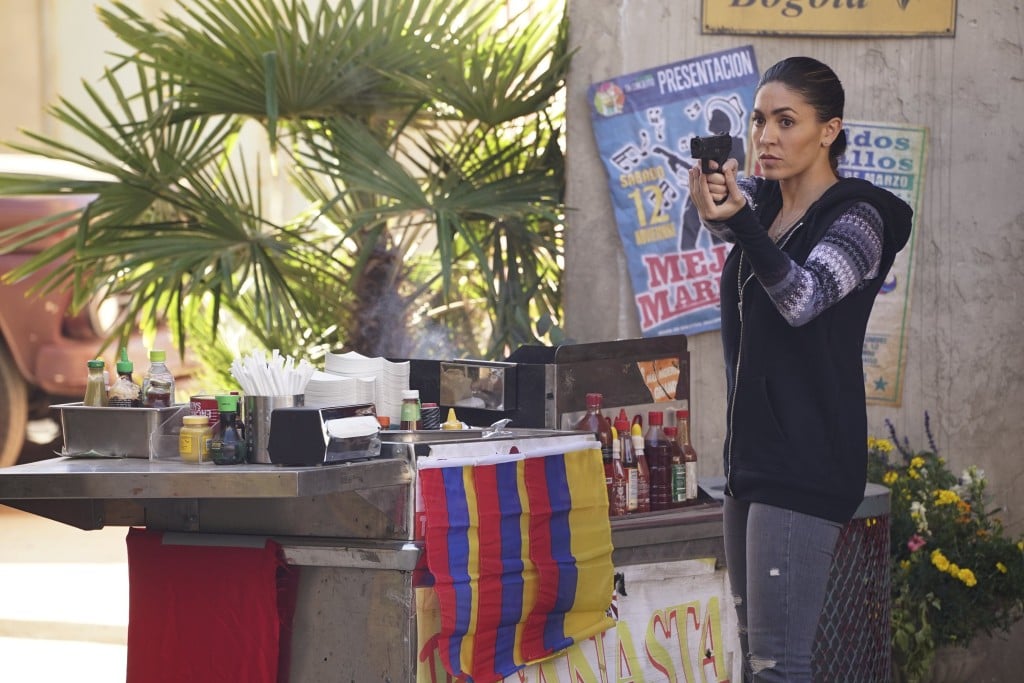 Watching Agents of S.H.I.E.L.D. over the past two-and-a-half seasons has been something of a frustrating experience. After an embarrassingly bad first season, the show course corrected in some pretty significant ways; it shook up the dynamics of existing characters, brought new characters into the fold, and finally made a concerted effort to carve out its own space within the Marvel Cinematic Universe instead of fighting for whatever leftover scraps the film division was willing to toss their way. The show found a way to justify its own existence even as the titular agency had been officially dissolved by the movies, but even for all these improvements, the show at its best rarely rose above the level of ‘pretty good.’ Things got worse in Season Three when an insufferably bad story arc about former S.H.I.E.L.D. agent Grant Ward trying to rebuild HYDRA from the ashes consumed other, more interesting plots about distant alien worlds and a government agency trying to deal with the sudden rise of Inhumans throughout the world. For every one thing that works on this show, there’s another that misses the mark in spectacular fashion.

Case in point: Agents of S.H.I.E.L.D.’s return after its winter hiatus opens some really exciting story possibilities for the future of this show while also potentially ruining a fan-favorite character. The main objective this week is recruiting a new member of Daisy Johnson’s Secret Warriors, but before we can get to that, Coulson has a meeting with the President of the United States. In his meeting with Coulson, President Ellis says he cannot avow the existence of S.H.I.E.L.D., but he will, in secret, support their operations. The ATCU will continue to be the official face of the U.S. government’s response to the ‘Inhuman problem,’ but unofficially, the ATCU and its new leader will report to S.H.I.E.L.D. This is a troubling development, and I’m curious to see if the troubling nature of it is unintentional or a deliberate thematic point. Here we have a black-ops agency with a less-than-stellar track record operating without any real oversight that now has the power to oversee other, official government agencies. Ethically that’s kind of a huge problem, and it gets even worse when you consider just how compromised the person running the show is these days.

My hope here is that – despite not being able to tie directly into the events of the film – Agents of S.H.I.E.L.D. is using this half-season to play with themes similar to the ones we’re going to see in Captain America: Civil War, specifically the question of whether it’s okay for independent agents to work outside the law to enforce whatever their individual ideal of order might be. Personally, I think S.H.I.E.L.D. is still rotten to the core and its continued existence as a secret, extragovernmental agency undermines the work Cap did in The Winter Soldier. But we’ll see; this show has already presented the erasure of someone’s entire identity as an unironic happy ending, so it’s not beyond the realm of possibility that they’ll come down on the side of ethical irresponsibility.

For now, though, it’s time to meet another member of the Secret Warriors. Elena Rodriguez, AKA Yo-Yo, AKA Slingshot appears on S.H.I.E.L.D.’s radar after she steals a shipment of weapons from the local Colombian police. When the agents of S.H.I.E.L.D. travel to South America to investigate the robbery, Elena is not too happy about their presence. She kidnaps Mack, which leads to the other agents kicking down her door and bringing her back to base. Once in custody, Joey Gutierrez is able to talk her down and learns that she didn’t steal the guns to use them or to sell them, but instead to dispose of them and get them out of the hands of corrupt police officers. She believes her Inhuman abilities to be a gift from God to help protect her friends and family from being abused and killed by the local police. Police like the ones who shoot Elena’s cousin dead and leave him in the street to rot. This issue of police violence is obviously a big one these days, but the show doesn’t do much with it, which feels like kind of a missed opportunity. They bring it up to inform this new character’s motivation, but then quickly move on to other issues (thankfully we have Luke Cage coming in the near future which looks to be tackling this issue head-on).

What’s more interesting, though, is a conversation between Mack and Elena. Elena is very much motivated by her (presumably Catholic) faith, and Mack confesses that this is a characteristic the two of them share. The subject of faith is one that is painted in the margins of this episode in interesting ways. Mack admits to being motivated by faith, Elena believes that she was gifted these powers specifically by God to serve a greater purpose, and in a wholly separate conversation, Fitz, Simmons, and Lincoln discuss the idea that Inhuman abilities are determined not at random, but in order to fill a specific need at a specific time to maintain a certain sense of evolutionary equilibrium (Simmons even refers to it as a sort of ‘intelligent design’). It’s worth noting that in the Marvel universe God is real (though not exactly the Judeo-Christian God), and even though I doubt that’s where they’re going with this, I’m curious to see how this question of faith and the influence of some kind of higher power plays into the rest of this season.

In general, the Secret Warriors angle is the one I’m most excited to follow this season. Not only do we have a team of actual super heroes (which is always exciting) but they’re all motivated by an earnest desire to do good and to help people instead of seeking revenge or conquest over an enemy. Which brings us to Coulson. Coulson has gotten all sorts of out-of-whack since Ward gunned down Rosalind Price, and he’s now motivated almost exclusively by a thirst for vengeance. He already murdered Ward by crushing his chest with his bare hands during the midseason finale, now he’s set his sights on Gideon Malick, and has no qualms about resorting to torture to ascertain his location. I’m really hoping the show realizes that Coulson is basically on the path to super villainy at this point and that it doesn’t just handwave these issues away with some ‘well HYDRA is bad, so the ends justified the means’ nonsense. Even if they are willing to take this to its logical conclusion, I’m still not sure it’s a good idea. One of the only reasons this particular show exists in the first place was as an excuse to bring Coulson back from the dead because he had become such a beloved character, but does it do any good if the character becomes stripped of every quality that made us love him in the first place? Characters should change and grow and mature – that’s just good storytelling – but at what point does a character change so much that they become unrecognizable? Super villainy is not a great look for Coulson, and it makes me wonder if a show that is about Phil Coulson and his agents of S.H.I.E.L.D. has not already passed its expiration date.

Ultimately, that’s where I’m at with this show. I’m excited for the Secret Warriors stuff, and I’m happy to see that continue, but the S.H.I.E.L.D. and HYDRA stories have become so incredibly played out that it’s now starting to actively damage these elements of the MCU in a way that’s not easily repaired. With a fourth season of the show on the way and two more almost guaranteed to follow, I really hope Jed Whedon, Maurissa Tancharoen, and the rest of the Agents of S.H.I.E.L.D. team can find a way to fix this problem, but after two-and-a-half seasons of similar issues, I’m not exactly sure they even realize there’s a problem that needs fixing.