During tonight’s episode of Marvel’s Agents Of S.H.I.E.L.D. there was an Easter egg that might hint at one of the next members of the Secret Warriors coming to the series. While investigating an Australian officials room, Bobbi comes across a safe where she finds a document regarding an Inhuman being tested on by their government. You might have thought nothing of it at first but there’s definitely something significant about the name being that the character has ties to the Secret Warriors already. 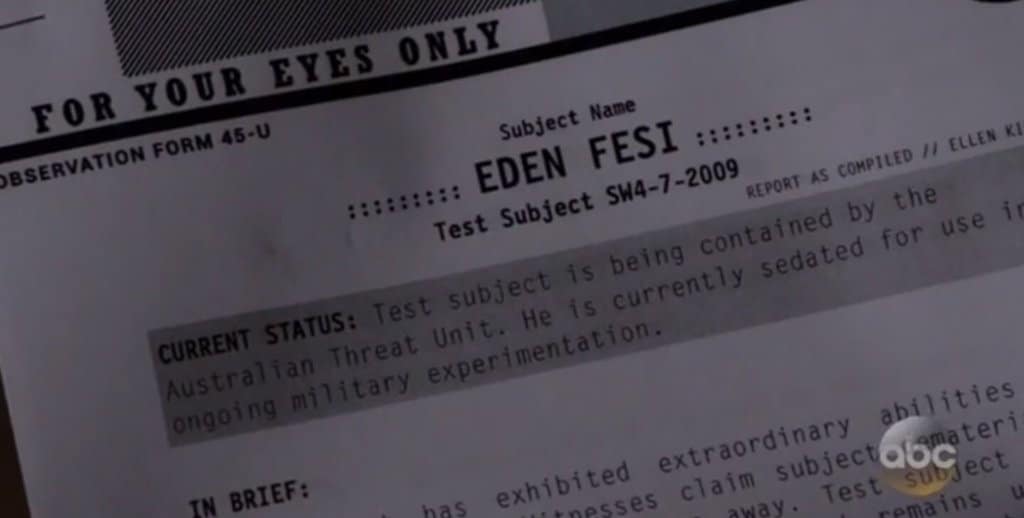 If the name doesn’t ring a bell, Eden Fesi is a character that was first introduced in issue number four of Jonathan Hickman’s Secret Warriors comic series. Fesi is a mutant teleporter whose mutation allows him to bend reality, folding and twisting space-time but it looks like the series is changing up his backstory a bit being that they can’t make him an “m word”.

While no means a confirmation that the character will be appearing on the series, it seems a tad odd that they’d put such focus on that document if not to tease the possibility of his live-action debut. Guess we’ll have to wait and see on this one. And even if not, a very cool Easter egg for fans of Hickman’s comic series. Sound off with your thoughts on the matter in the comments section below.