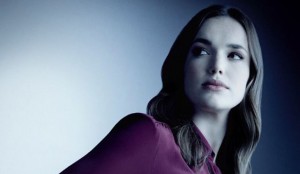 While Ghost Rider may have revealed himself in the opening moments of the fourth season premiere of Marvel’s Agents of S.H.I.E.L.D., the new Director of S.H.I.E.L.D. remained a frequently mentioned but ultimately hidden figure right up to the episodes end. While we may not have seen Jason O’Mara in the role, the tension between several characters made it evident that the new Director will be causing some divisions between the once tight team of agents. Jemma Simmons in particular, who was promoted to Special Advisor to the Director in Science and Technology, found herself at odds with Melinda May, who found Simmons’ close relationship to the Director more than little troubling. Even Leo Fitz found it difficult to share Holden Radcliffe’s Life Model Decoy experiments with Simmons’, fearing it would jeopardize her efforts to gain the directors trust.

In an interview with TVLine, Elizabeth Henstridge comments on her characters new position and the exact nature of her relationship with the new Director:

“ [She’s] kind of enjoying this new level of power, and having to kind of figure out what that means,” […] “But I don’t know that she and the director are ‘buddies’ really.”

While Simmons’ may not completely trust the new Director, Henstridge confirms that her new position will affect her relationship with Fitz:

“The cool thing is like we’ll have little tiffs, or we’ll have to get over certain things that reflect real life,” […] “but it’s so heightened because it’s about LMDs, or saving the world, or ‘Who is this kid with the flaming skull?’ It’s based in reality, but we’re discussing topics that are just so crazy!”

While Simmon’s may have tried to assure May that her relationship with the Director is not based on trust, it is clear that the new Director will be a source of angst between the group. Perhaps once Jason O’Mara finally makes an appearance as the Director viewers will have a better understanding of his nature and his intentions, but I wouldn’t expect the tension between Simmon’s and her teammates to be relieved any time soon.

In light of the Sokovia Accords, and with Hydra obliterated, S.H.I.E.L.D. has been legitimized again and no longer needs to operate in the shadows. Since the world presumes that Coulson is dead, the organization needed a new Director (Jason O’Mara) to be the face of the organization. Coulson finds himself back in the role as an agent and teamed with Mack (Henry Simmons), and together they are tasked with tracking down and confirming the presence of Enhanced people, aka Inhumans. They have been trying to track down and capture Daisy (Chloe Bennet), aka Quake, who has gone rogue in an attempt to atone for sins from the past. But with the world believing that Daisy is a dangerous outlaw who has taken down banks and bridges, the new Director has no qualms about taking her down for good. Agent May (Ming-Na Wen) is tasked with training specialist strike teams, and Fitz (Iain De Caestecker) and Simmons (Elizabeth Henstridge) have taken a big step forward in their relationship. But with Simmons’ new promotion as Special Advisor to the Director in Science and Technology, Fitz, as well as her former team members, finds it hard to confide in or trust her since she’s now the Director’s confidant.

Robbie Reyes (Gabriel Luna) will roar into the lives of Agent Coulson and the team as a junkyard mechanic who can turn on a dime into the terrifying Ghost Rider. Will Robbie be a friend or foe to  – as well as the world, itself? Meanwhile, Fitz discovers that socially awkward genius and friend Dr. Radcliffe (John Hannah) has started putting the finishing touches on a new, secret invention.