After reportedly testing thousands of actors, it looks like we have our new captain of the Falcon. After a few weeks, it has been confirmed by The Wrap that Alden Ehrenreich will portray Han Solo in the upcoming Star Wars Story from directors Phil Lord and Christopher Miller.

Actors Taron Egerton (Kingsman: The Secret Service) and Jack Reynor (Sing Street) were reportedly on the final shortlist to fulfill the iconic role made famous by Harrison Ford, but it looks like Ehrenreich will have the privilege of playing everyone’s favorite scruffy, smuggling scoundrel.

The upcoming film will depict a younger Han Solo, before the events of Star Wars: Episode IV – A New Hope. The film will also feature Solo’s fateful copilot, Chewbacca along for the adventure.

The actor was discovered by Steven Spielberg at a Bat Mitzvah reception, and the legendary filmmaker saw the makings of a potential movie star. Ehrenreich has had the opportunity to work with big name directors such as Woody Allen for Blue Jasmine, and most recently with the Coen Brothers in Hail, Caesar!, in which his performance was widely considered the standout from critics. To add onto his resume, he will be next be seen in Warren Beatty’s currently untitled Howard Hughes movie.

Phil Lord and Christopher Miller have previously directed Cloudy With a Chance of Meatballs, 21 Jump Street, The LEGO Movie, and 22 Jump Street. 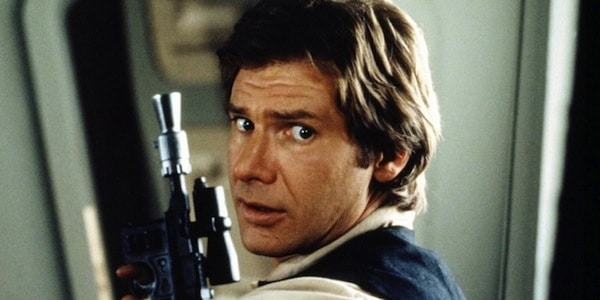