Alien: Covenant is just over a month away and the marketing machine remains in full-swing, with a new international (Korean, specifically) poster popping up today via AvPGalaxy touting the film’s stars and its titular monster. Check out the full poster below. 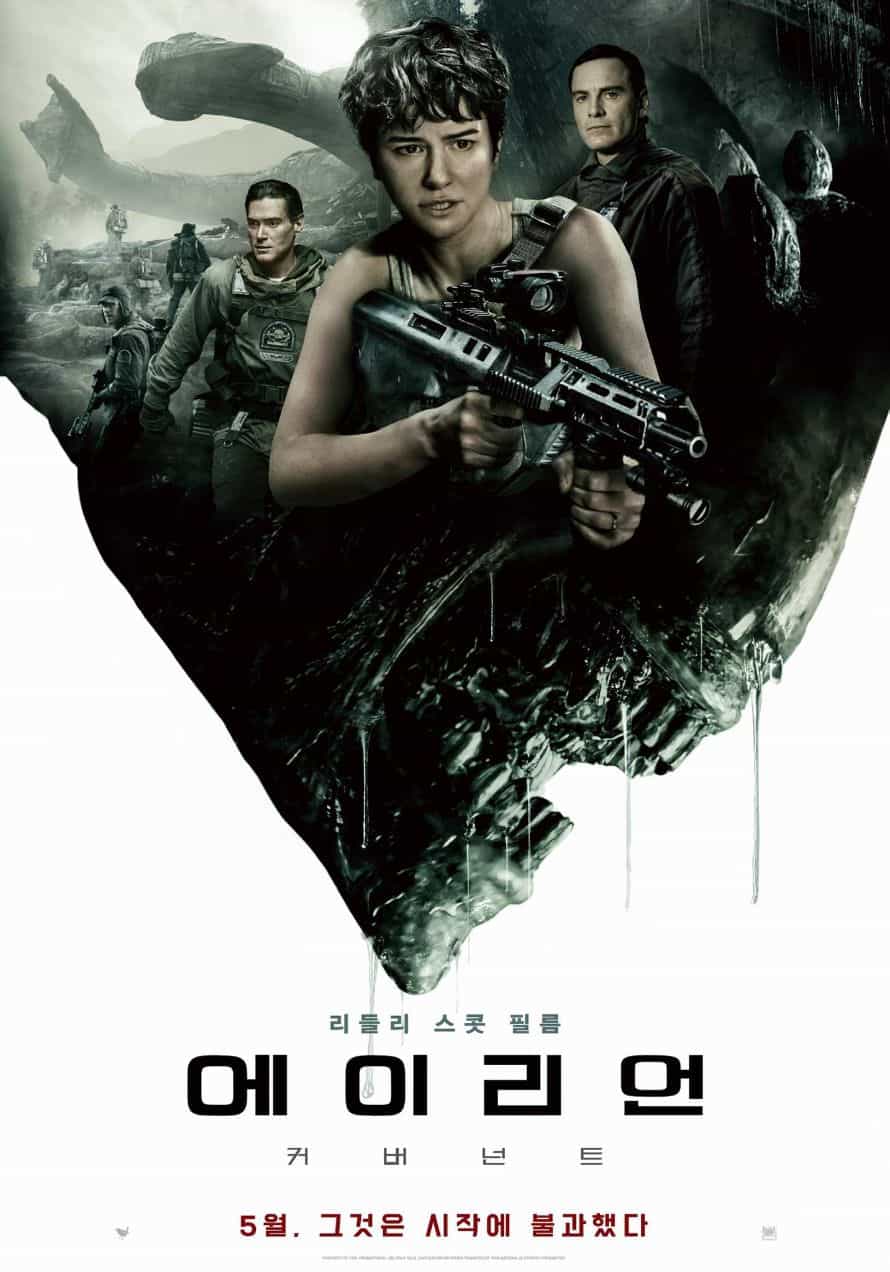 It’s a pretty cool shot, as far as these photoshop jobs go, and shows off Katherine Waterston’s lead Daniels front-and-center, looking armed and determined. She’s flanked by returning star Michael Fassbender, who plays both his Prometheus robot David and a newer model aboard the titular colony ship named Walter, and fellow newcomer Billy Crudup, who plays Christiopher Oram the newly-promoted captain of the Covenant. They are framed within the iconic head of the Alien, which makes a triumphantly-terrifying return in Ridley Scott’s second in the prequel series to his seminal 1979 sci-fi/horror classic.

The marketing machine is in full-swing for this baby and I can’t wait to see how Scott and company took the lessons learned from Prometheus and applied them to Covenant. The trailers and broader marketing all seemed based on the broader consensus: you wanted the Xenomorph, here is the Xenomorph. Plus, it doesn’t seem like we’ll have to wait another five years for the next entry, as Scott has been letting slip details about as many as six further films, including a possible title for the next one, Alien: Awakening. The script for that one is supposedly ready to go for production next year. With Scott making the kidnapping drama All the Money in the World next and The Cartel and Battle of Britain movies announced, it remains to be seen where Awakening (or whatever the next Alien film is subtitled) falls in his shifting schedule.