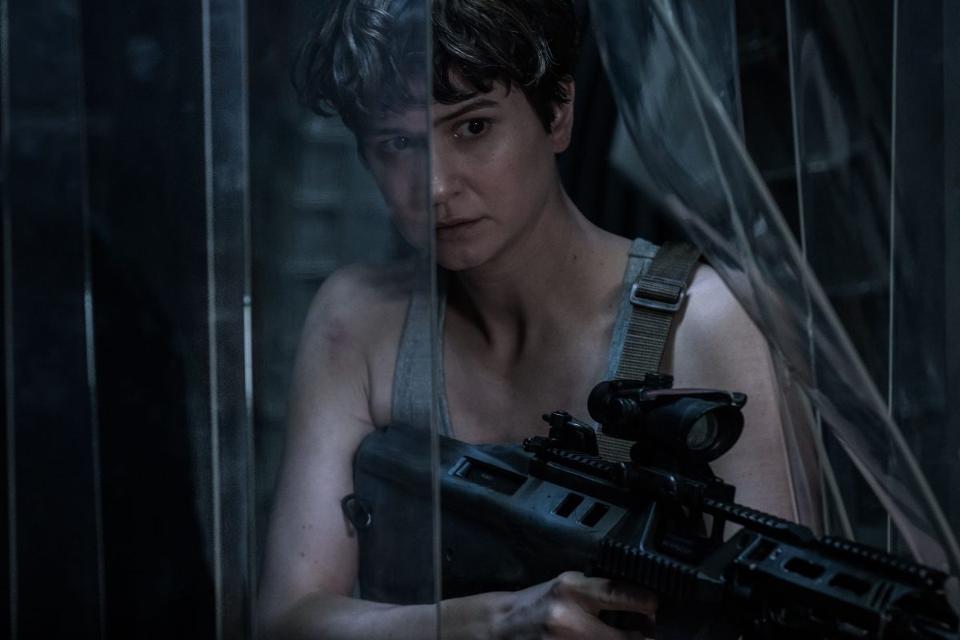 Alien: Covenant director Ridley Scott has confirmed that there is no relation between Daniels, played by Katherine Waterston, and Ripley, who was played by Sigourney Weaver in the original Alien film.

For a while, there was the rumor that Daniels, a new character being introduced to Scott’s franchise, was going to be Ripley’s mother. Scott is shutting down these speculations, although the rumor itself made a lot of sense and would have tied further with the original film.

Here’s what Scott had to say when speaking to Movie Web at the SXSW Film Festival this weekend:

No. That was probably way back when. ‘Should she be the daughter of Ripley?’ I said ‘no.’ She’s herself.

Waterston, who was also at the interview panel, responded to the rumor by asking “who started that shit?”

Check out the official synopsis for the Alien: Covenant below.

Editor’s note: Ridley Scott does say “daughter of Ripley,” but he’s addressing the question about Ripley being the daughter of Daniels.