Batman v Superman: Dawn of Justice was always bound to be a film that divided audiences. The title alone created a conflict between fans, and it seems fans now may not have to wait all that much longer for the film’s Blu-Ray release. Amazon Italy recently posted a listing for Batman V Superman: Dawn Of Justice for a release date of July 15th, 2016, but also in Blu-Ray 4k. 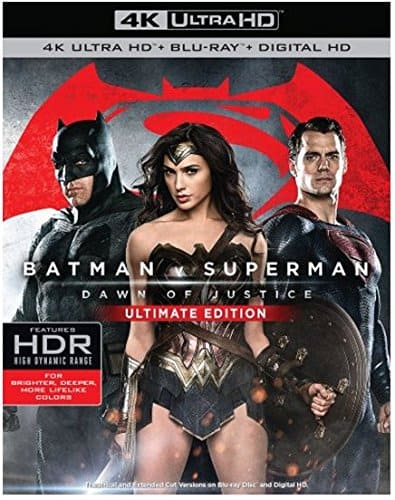 While it was previously already made known that WB was intending to release this film in Blu-Ray 4k, this is the first pre-order of any kind to out a release date for the film. While it has been known in the past that Amazon (even its international branches) will post a release date as a placeholder for its future official one. But in most cases, even the placeholder release date is within a correct window.

If anything, fans now know to expect Batman V Superman: Dawn Of Justice to be released in July of this year.