Starz has set the Season 2 premiere of American Gods for early March and also released a poster and synopsis for the upcoming season.

Based on Neil Gaiman’s critically acclaimed novel, American Gods earned largely positive reviews in its first season, which premiered in 2017. On Wednesday, Starz announced the show will finally return March 10, 2018 at 8pm ET/PT after some behind-the-scenes trouble with the departure of showrunners Bryan Fuller and Michael Green and star Gillian Anderson. The network will also air all eight Season 1 episodes back-to-back starting December 29 at 12pm PT/3pm ET. In addition, Starz released the official Season 2 poster along with its synopsis, which you can see below:

When Shadow Moon is released from prison, he meets the mysterious Mr. Wednesday and a storm begins to brew. Little does Shadow know, this storm will change the course of his entire life. Left adrift by the recent, tragic death of his wife, and suddenly hired as Mr. Wednesday’s bodyguard, Shadow finds himself in the center of a world that he struggles to understand. It’s a world where magic is real, where the Old Gods fear both irrelevance and the growing power of the New Gods, like Technology and Media. Mr. Wednesday seeks to build a coalition of Old Gods to defend their existence in this new America, and reclaim some of the influence that they’ve lost. As Shadow travels across the country with Mr. Wednesday, he struggles to accept this new reality, and his place in it. 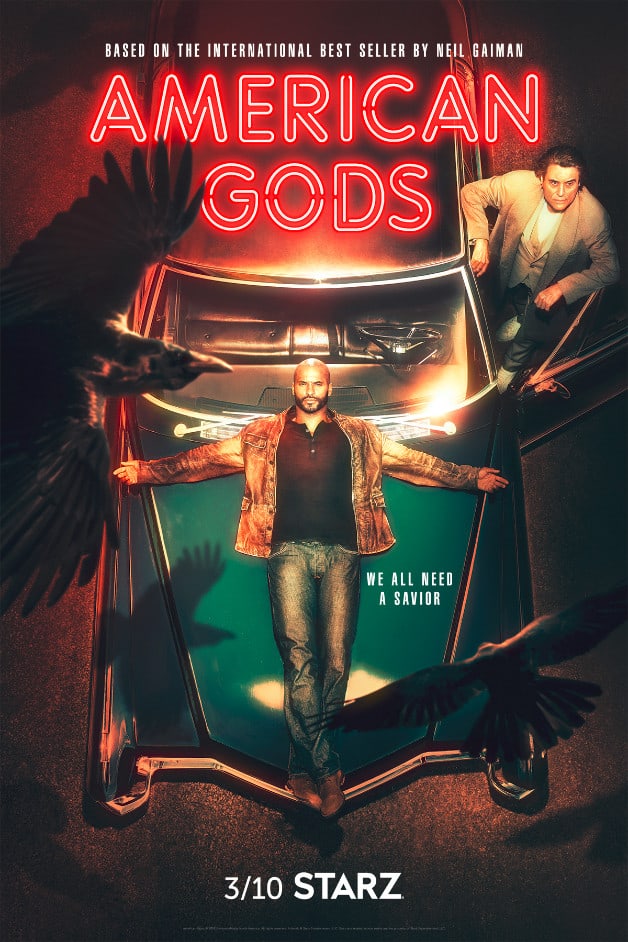 The CW’s ‘Batwoman’ Pilot Rumored To Start Filming In April