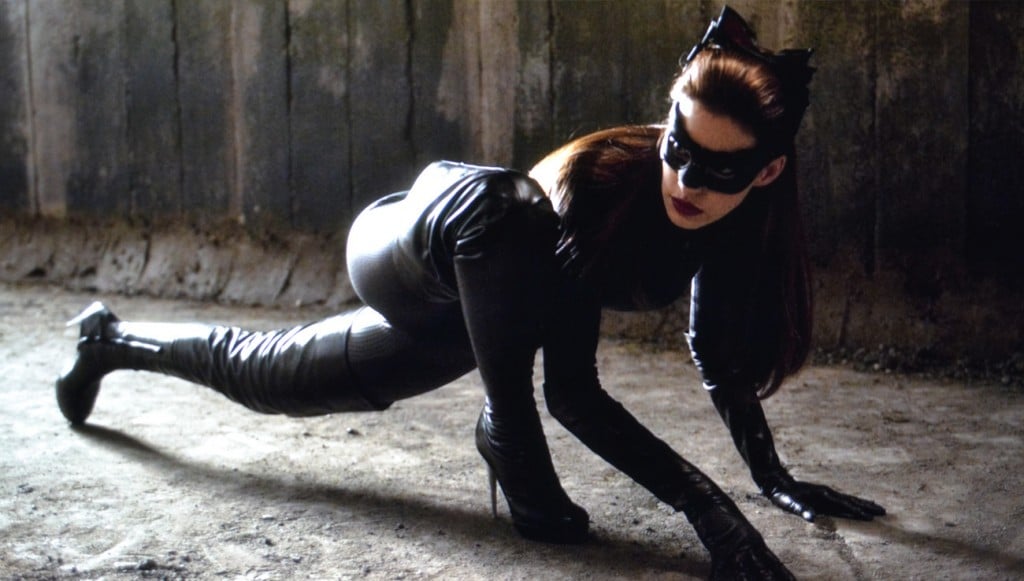 The Dark Knight Rises is widely considered to be the weakest of Christopher Nolan’s Batman trilogy. Now that we are four years removed from the conclusion of that story and are now in the midst of a DC Extended Universe, the consensus towards Rises has been mixed-to-positive, but everyone seemed to agree that one of the standouts of that film was Anne Hathaway’s Selina Kyle/Catwoman.

Hathaway was a big question mark for many fans leading up to the film. Many felt that she was not a good fit for the role, given her reputation from films such as The Princess Diaries and The Devil Wears Prada. Hathaway proved fans wrong with her performance, giving such an infectious energy to the film, and stealing every scene she was in. Her scenes that she shared with Batman were near-perfect executions of this duo’s relationship from the comics.

The Academy Award-winning actress was at the Toronto International Film Festival promoting her new film, Colossal. In an interview with Variety, Hathaway expressed that she would be interested in revisiting that role, having adored the experience of working with Christopher Nolan on that film:

I loved that character and I had such a blast playing her. I’m not sure how it would work because I think the Chris Nolan chapter of the Batman story has been wrapped up and I’m part of that, but I love the DC Universe and it would be fun to take a trip back.

Hathaway also expressed in this interview that she does not feel possessive of the character, especially since we are now in a new universe and continuity:

It sort of goes with the territory when you accept it and receive it from the last Catwoman. I was shown such generosity from Halle [Berry] and from Michelle [Pfeiffer], and so I would do that the next time as well.

As much as I loved Hathaway’s Catwoman, I would not want to see another standalone film for this character. The last time that happened, it was done to embarrassing results. I prefer to pretend that film doesn’t even exist, but what that proved was that Catwoman is a character that works best in an ensemble, and whenever we see Catwoman in the DC Extended Universe, hopefully she will carry the torch that Michelle Pfeiffer and Anne Hathaway had, and create another iteration of the cat burglar for us fans to love.