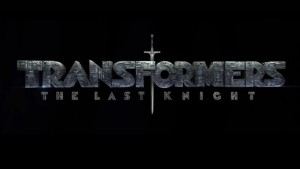 Despite massive financial success at the box-office, audiences have had more than a few choice words to describe the live-action Transformers film series and franchise director Michael Bay. However, say what you will about Bay and his filmmaking abilities, it cannot be denied that his advocacy for animal rights is exemplary. Today Paramount Pictures released a behind-the-scenes video of Transformers: The Last Knight detailing the story behind the casting of Freya the Dog that features our first look at actor Anthony Hopkins in his yet to be revealed role.

The video also reveals that Hopkins and his four-legged co-star will be shooting scenes outside of a castle at an undisclosed location in the United Kingdom. While no details on the scene being filmed were offered, fans can spot a tank standing by in the background roughly forty seconds into the video.

You can watch the video here

It’s difficult to hear that story of how Freya the Dog came to be cast opposite Anthony Hopkins without it warming your heart and while details on his character remain a secret, fans can continue to speculate on what role Hopkins, and that massive tank, will play in the film.

Transformers: The Last Knight opens in theaters on June 23, 2017.