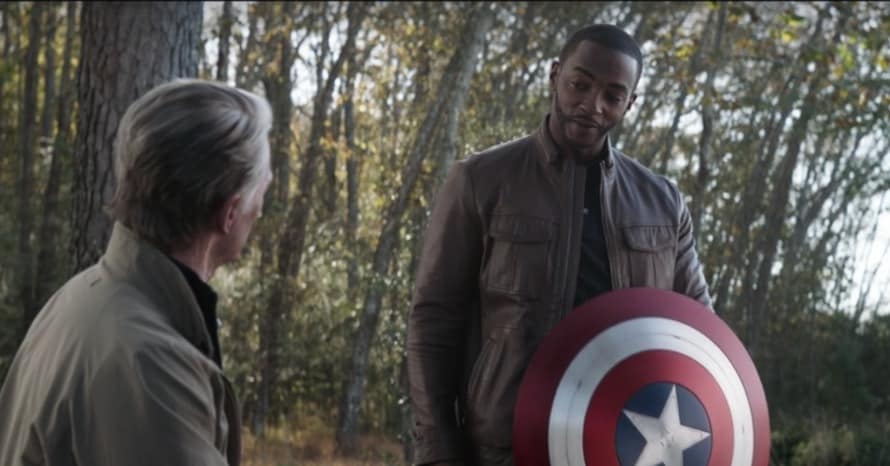 The Falcon and the Winter Soldier star Anthony Mackie opens up about his recent comments regarding Marvel Studios and diversity both in front of the camera and behind it.

After his recent call for more diversity on Marvel Studios projects, The Falcon and the Winter Soldier star Anthony Mackie has clarified his previous comments about the issue. He previously highlighted the problem, explaining his disappointment when working with a predominantly white crew. The sentiment was also echoed by another Marvel alum, Gabriel Luna, who played Ghost Rider on Agents of SHIELD and called out the moment when he was ready to start on the supernatural hero’s solo series but was shut down.

But in a recent interview with Fatherly, Anthony Mackie explained that he doesn’t think Marvel is being racist, the studio is simply unaware that they could do a lot more in creating diversity, saying the studio should put its money where its mouth is. Mackie also pointed out that they should’ve expected him to speak up about the issue after casting him as one of their key characters. While he’s clearly grateful for his place in the Marvel Cinematic Universe, it’s great that he feels able to call it out for its failings at the same time.

“I’ll say this: I don’t think what’s happening is a racism problem. I think it’s an unawareness problem. With Marvel, I really think with most companies, they feel like they’re doing what they should be doing. In no way, shape, or form, is it enough. My big thing is, put your money where your mouth is. You can’t cast a Black dude as one of your main superheroes and not expect him to have that conversation. It’s just in my DNA to have that conversation. It’s a huge opportunity for me to be part of the Marvel universe so it’s my job to make sure the Marvel universe is as good as it can be.”

What do you think about Anthony Mackie’s comments about Marvel Studios and diversity? Are you excited to see him star in the Disney plus series? Sound-off in the comments below!

‘The Falcon And The Winter Soldier’ Casting Teases ‘Avengers’ Connection

Here is the official synopsis for The Falcon and the Winter Soldier:

The Falcon and The Winter Soldier will premiere exclusively on Disney Plus in August 2020. Stay tuned to Heroic Hollywood for all the latest news on the Marvel Cinematic Universe and subscribe to our YouTube channel for more video content in the future!