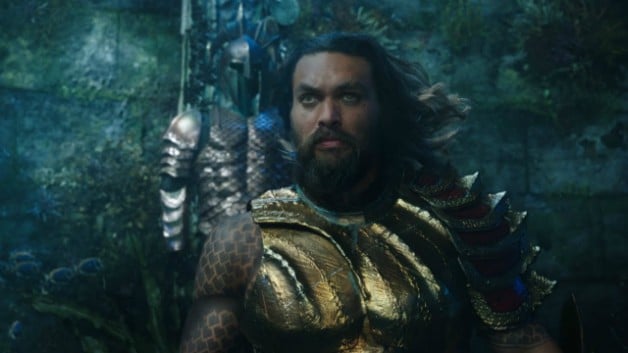 In a recent addition to his site, Aquaman artist, Reilly Lohr gave us a break down on the complexities of creating the Karathen monster which can be seen in one of the film’s recent trailers.

In the post, he talked about his work on Aquaman and how he worked on the project for two different studios. During his time at his first studio, Method, he worked on the dead king in the hall of the dead. He then left Method work at the iconic Industrial Light and Magic studio where he was placed on Aquaman once again:

I worked on Aquaman in two studios. I started work at Method, working on the dead king and the hall of the dead. I painted the deadking and his armor. They can be seen sitting in the hall of the dead on the thrown surrounded by stone tentacles. Shortly after painting this asset, I left Method to go to Industrial Light and Magic to work on none other than Aquaman again!

He then wrote about what creature he was involved in. He talked about being part of the team that painted the Karathen creature which can be seen in the film’s latest trailer and all the complexities that go in to making the monster look alive and real:

At ILM I was part of the team painting the gargantuan Karathen. This creature was quite the undertaking. His scale and complexity as a character made him a very complicated asset to paint. I was part of a three painter team. I painted all his legs/claws, body(not including back plates), his mouth including teeth and tongue) and his eyes. The Karathen also posed a couple other interesting challenges. His scale made painting him a bit like painting an environment, we added algae and dirt in all the little cracks. Scale of texture was also very important – we needed to be sure that when you get close, everything holds up and feels the appropriate size for such a giant. Lastly his body is made up of plates, leather and scales. All of which need to be designed and painted in an individual way to feel realistic for their material type but also need to tie into one another. Lastly we painted damage to give him a tatted and aged look. Lots of scratches and even some old healed scars were added for some personality. Just my portion of this character included three different mari archives. The lightest of which was around 40gigs and the highest of which was close to 90gigs.

You can see the full image of the creature below:

From the look of this monster, all the hard work that went into Aquaman paid off.

What do you all make of this monster? Does it look like a fine antagonist for Aquaman and the Atlanteans to square off against or is it a little to over the top? Let us know what you think in the comments below!