With Warner Bros./DC Comics expecting to strike box office gold this year with the release of Wonder Woman and Justice League, it is time for another DCEU flick to enter production. For years, memes and jokes have been made about the “lamest superhero ever,” Aquaman. However, come this November, I don’t think those jokes will be funny anymore. The spin-off film, currently titled Aquaman, will star Jason Momoa, Amber Heard and Patrick Wilson. Heard will portray Aquaman’s loyal wife, and Queen of Atlantis, Mera, while Wilson will play Aquaman’s half-brother, Orm/Ocean Master.

The movie is set to hit theatres everywhere in 2018, and is set to begin production very soon. In a new behind the scenes image uploaded by Saw director, James Wan, you can see the film’s three leads getting along really, really well. One of the best aspects of the DCEU so far is the brilliant castings. I do not think we have had one actor who was wrong for their part. Rumour has it that Heard will debut as Mera in November’s Justice League alongside Momoa’s Aquaman. You can check out the image below: 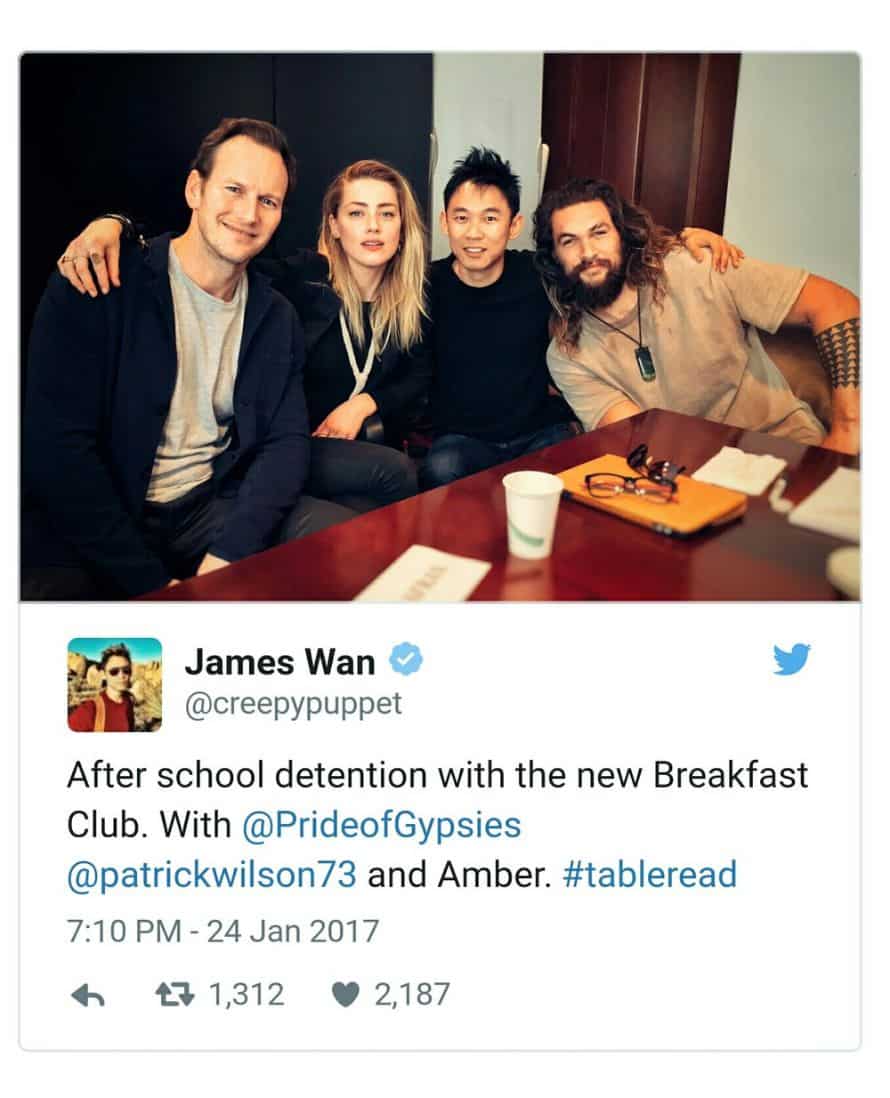 How nice is it to see Patrick Wilson back in a comic book movie? Wilson appeared in 2009’s Watchmen as Nite Owl, and was set to play a role in Marvel’s Ant-Man before Edgar Wright left the project. Heard was seen prepping for her role in the movie today, you can check the image out by clicking here.

What do you guys think? Are you excited to see Aquaman lead his own feature film? Who do you think will play the main antagonist, Black Manta? Rumour has it that whoever is cast in the role will share top-billing with Momoa himself, so, it must be a pretty big actor.

Aquaman hits theatres everywhere on October 5, 2018. You can see Momoa and Heard in Justice League this November.