Skip to content
by Francisco Solano Olarte on December 24, 2018 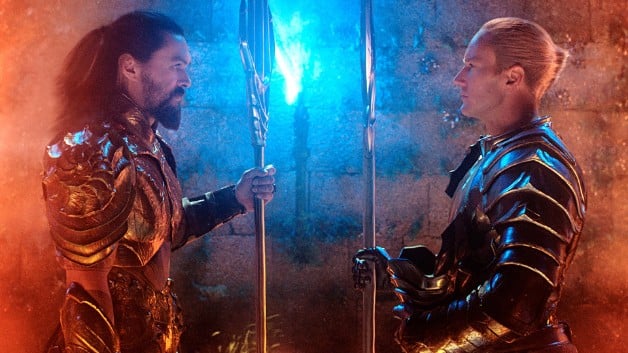 Speaking to ComicBook.com, Aquaman Director James Wan explained how they shot the final sequence in the movie. Of course, MAJOR SPOILERS follow! After Arthur Curry claimed the Trident so he could be the king of Atlan, he faced his half-brother Orm -or Ocean Master- in an epic battle involving hundreds of sea creatures.

Wan said that the scene was an effort between actors and VFX artists so that they could pull off something that could awe the audience:

“It was a combination of a lot, a lot of efforts from a lot of people. You know, whenever we have the actors, obviously, they’re there on wires and on rigs, and they have to do what they have to do, and big stunts obviously with the actors riding their creatures, and jumping, and hacking and slashing their way through the sequence. And then ultimately just a lot of many iterations of visual effects on all the shots. Just keep working on the shots, keep tweaking it, and trying to get the animation looking right. Trying to make sure to design the action in such a way where even though there’s a lot of visual effects happening, a lot of CG happening, I want the audience to kind of know where they are, and then on top of that, just wanted to just keep breaking grounds. You know, breaking visual grounds that we haven’t seen before, and just really push the envelope.”

He went on and mentioned that, other than that wow effect with the sequence, he wanted the movie to hold up 10 years after its release or at least make people acknowledge they did the best they could with the technology and visual effects available at the time.

‘Aquaman’ Put A Twist On A Major Character’s Death

Aquaman is now in theaters.