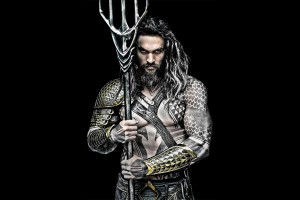 With all the ups and downs associated with DC’s Aquaman film, it looks like it’s finally found a writer for the film. Previously William Beall was attached to the project in earlier stages with other writers but left the film to work on the Training Day pilot for CBS television. In the meantime, other writers had been attached to the project at one time or another including Kurt Johnstad and David Leslie Johnson. Originally the film was being developed on dual tracks. One version of the film had Beall and Kurt Johnstad working on a script, while another version was a script developed by David Leslie Johnson.

Director James Wan and DC Films head Geoff Johns wanted to get the story on track, and after writing a detailed treatment for the upcoming film have rehired Beall. Beall is now the sole writer for the Aquaman film. Beall is working alongside Johns and Wan to make sure the story is as good as it can be. Beall was a writer for ABC’s TV show Castle and also wrote the 2013 film Gangster Squad.

Aquaman is set for a July 27, 2018 release date starring Jason Mamoa as Aquaman, Amber Heard as Mera and Willem Dafoe as Vulko.