Director Zack Snyder has taken to Twitter to share a brand new image from the set of Justice League, which features a fully armored up Jason Momoa as Aquaman playing a little guitar. Unite the seven…strings? While we’ve already seen the actor suited up in the group photo released Comic-Con weekend, this is a great up close shot where you can really check out the detail of the armor. Check out the new image, as well as the tweet from the director, below then let us know what you think about it in the comments section afterwards. 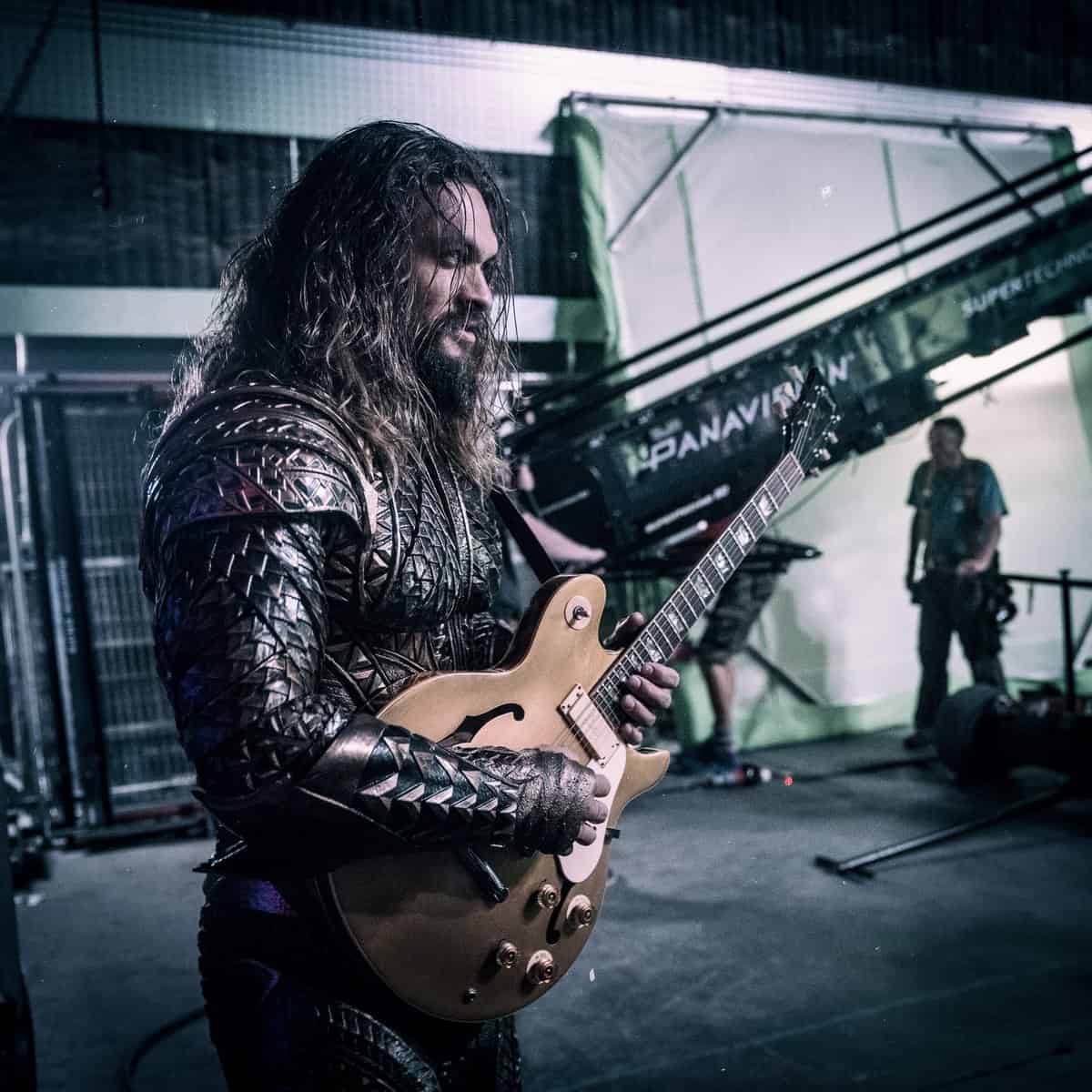 Every day on set is an amazing adventure with this guy. #JusticeLeague #Aquaman @PrideofGypsies pic.twitter.com/sSiyDx36Tc