Den of Geek has revealed a brand new look at Arnold Schwarzenegger and Linda Hamilton in Terminator: Dark Fate ahead of San Diego Comic-Con this week.

The latest issue of the magazine includes a new look at the cast including Mackenzie Davis and Gabriel Luna in addition to Arnold Schwarzenegger and Linda Hamilton. Terminator: Dark Fate features Arnold Schwarzenegger and Linda Hamilton back as the Terminator and Sarah Connor respectively. Dark Fate will also position Mackenzie Davis as a new lead for the franchise as it introduces Gabriel Luna as a brand new model of Terminator.

You can check out a new look at Arnold Schwarzenegger and Linda Hamilton in Terminator: Dark Fate below! 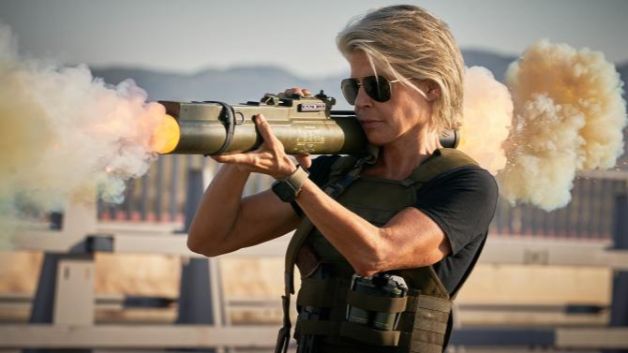 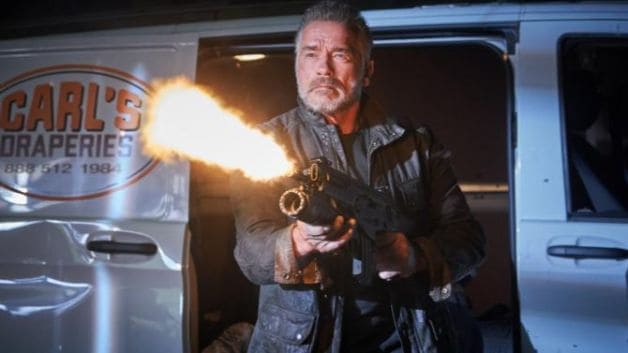 Arnold Schwarzenegger dished on what it was like to reunite with Linda Hamilton on the new Terminator, praising her for her performance in the film:

“[Linda]’s always fun to work with and she’s just as intense now as she was when we did Terminator 2. She’s very adamant about the way she handles the weapons, the action, and all that. She’s a very strong woman and I think that one thing that always comes up is that, in all of these movies, the women are always kind of the leaders and they have the strong upper hand and are very heroic. [James] Cameron writes that very well. Feminine but also hard, it’s a great combination.”

So what do you think? Are you excited to see Arnold Schwarzenegger and Linda Hamilton in Terminator: Dark Fate? Let us know in the comments below!

Deadpool helmer Tim Miller has directed the film from a script written by Billy Ray, David S. Goyer, Justin Rhodes, Josh Friedman, and Charles H. Eglee. The script was developed in a writers room to stand on its own while simultaneously forming an overarching storyline for what is planned to be a new trilogy of Terminator movies.

An Iconic Character Will “Be Back” In New ‘Terminator: Dark Fate’ Trailer

Terminator: Dark Fate will be released in theaters on November 1, 2019. Stay tuned to Heroic Hollywood for the latest news on Terminator Arnold Schwarzenegger, and Linda Hamilton as we learn it.

Disney released several new character posters for the remake of The Lion King.

Disney's remake The Lion King is next in the studios' line-up of live-action retellings of their animated classics and now several new character posters for the film have been unveiled. These new posters for The Lion King may offer the best look yet at the photo-realistic versions of Simba, Nala, Mufasa, Scar, Timon, Pumbaa, Sarabi, young Simba, young Nala, Sarabi, Rafiki, and Zazu.

Check out the Lion King poster for Simba below and click "next" to view the rest of the gallery!

What do you think of the new posters from Disney? Are you among those who are excited to see the beloved film retold in a realistic setting or do you agree with the others who are growing weary of Disney's live-action remakes? Share your thoughts in the comments section below!

Here is the official synopsis for The Lion King:

Directed by Jon Favreau from a script written by Jeff Nathanson, The Lion Kingstars Donald Glover as Simba, Beyoncé Knowles-Carter as Nala, James Earl Jones as Mufasa, Chiwetel Ejiofor as Scar, Seth Rogen as Pumbaa and Billy Eichner as Timon.