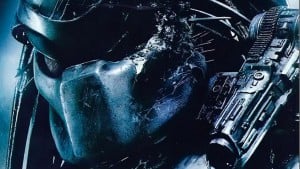 This Friday sees the release of Shane Black’s latest film, The Nice Guys. Though, it is not too early to start talking about the beloved filmmaker’s upcoming project: The Predator.

In a recent interview with Crave Online, Black discussed the time period in which the film will take place:

“Well, all I can really say is it’s set present day, so that kind of lets out the one where they travel to other worlds. I think that was the Robert Rodriguez one. We can maybe do some pre-lapping […] but it’s set in 2018.”

The film, set in present day, will not erase the history of the Predator universe. This led to Black talking about the possibility of Arnold Schwarzenegger returning to the franchise as an older version of Dutch:

“No, these things all happened in 1990, but now it’s 25 years later. So in other words, if Arnold [Schwarzenegger]’s in it – which I’m not allowed to discuss [laughs] – he would be old Arnold.”

Do you like the potential of seeing an older Schwarzenegger in The Predator? Are you excited to see a modern-day set Predator film? Sound off in the comments below!