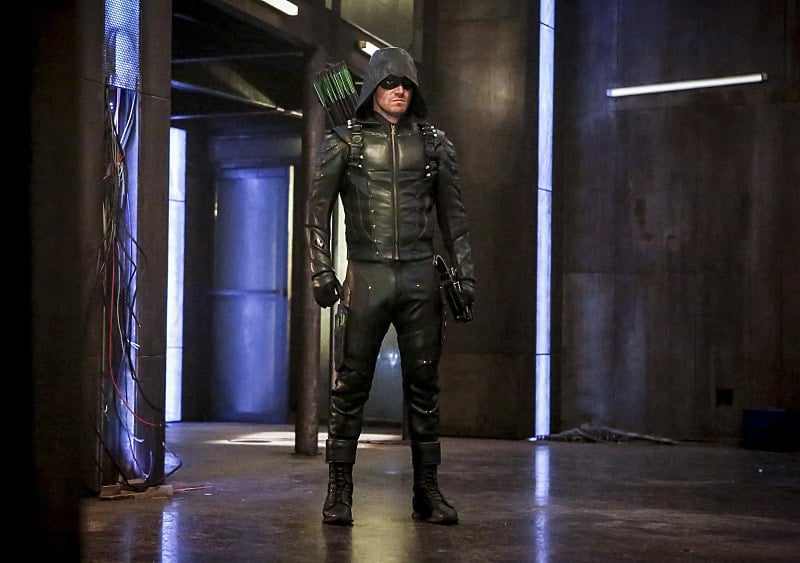 A new promotional video was just released, showcasing David Ramsey, who plays John Diggle, discussing the team’s status at the beginning of season 5. It seems as though the Arrow team is pretty broken to start the season, with all individual members taking on their own separate roles. You can check out the video for yourself down below.

So at the start of the new season, Oliver is currently the Mayor of Star City. Which somehow does not appear to be a major distraction from his normal crime fighting routine. Hopefully this season will go into the real complications that dealing with justice through the system, and turning your back on the system, will have on someone like Oliver. As for Diggle, he has returned to active military status, and at least at this point will not be running against Oliver for mayor any time soon. Thea has left the team at this point, and appears to be picking up the large amount of slack that Oliver is leaving behind while keeping the streets safe as his alter ego. And it also appears as though Felicity is at a cross roads with Oliver at this point in their relationship, and is trying to get him to focus on his work.

Arrow has lost a lot of fans over the years, and this season has a large job ahead of itself, as it attempts to bring those who abandoned the program back. I for one fell in love with the relationships and the psychological trauma that Oliver was constantly dealing with in the first few seasons of the show. I would love to see not only the basic complications, but also the moral ambiguity that comes with accepting the position of a leader, like Mayor, while constantly breaking the law at night. One great thing I take away from this promo is the excitement that Mr. Ramsey has for this new season, it gives me hope that it will be a true return to form.

You can catch the premiere of season 5 of Arrow on October 5th, at 8/7 Central.