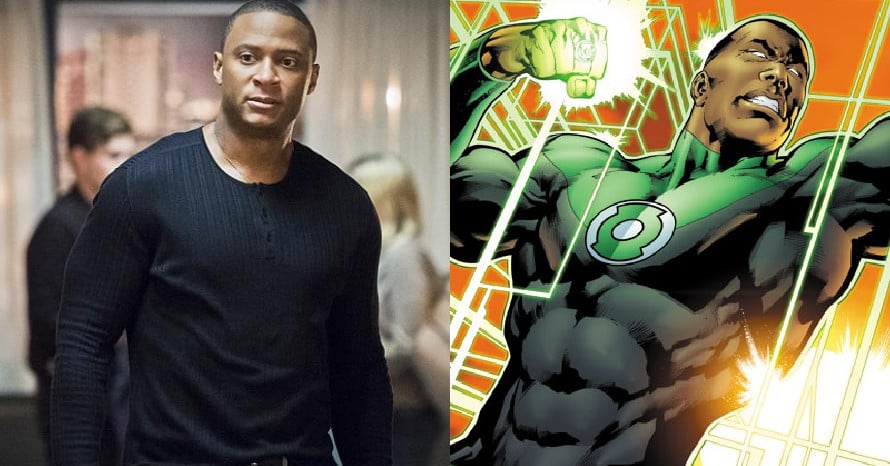 Arrow may finally have a resolution to the Green Lantern Easter Eggs hidden throughout the show’s history, according to David Ramsey.

Speaking to Collider, John Diggle actor David Ramsey explained that he’s heard that there will finally be a real pay-off to the Green Lantern teases done throughout the show’s history. Since John Diggle, a character created for David Ramsey on Arrow, has first appeared, it’s been implied that he might be the Arrowverse’s version on Jon Stewart, one of the most famous characters to ever assume the Green Lantern title. However, fans have speculated that due to the show’s budget, audiences would never see this story element get a pay-off… But it seems that David Ramsey thinks that this may just change.

David Ramsey is hinting that as Arrow wraps up with it’s final season, we may just see John Stewart become the Arrowverse’s Green Lantern after all:

“…Ultimately, I think we have to find out what’s going on with Green Lantern. We’ve been teasing that since Season 2 or 3. It’s been a crazy amount of time, so we have to put a button on that, and from what I’m hearing, we will… There’s been a tremendous amount of logistics and moving parts that have come together, to make this one show happen. How Greg [Berlanti] has duplicated that, over and over and over and over, and 18 times over again, has just been incredible. But he and Marc [Guggenheim] and Beth [Schwartz] have been very forthright about what they want to do with that whole possible mythos, with Green Lantern.”

Worth noting is that Arrow‘s last season is substantially shorter than the others. It’s possible that the reduced episode count may be for the benefit of visual effects for the show, which would be needed in abundance in order to showcase the Green Lantern’s powers to their fullest. Here’s hoping that David Ramsey gets his shot at becoming one of the Emerald Knights.

Here is the official synopsis for the final season of Stephen Amell’s Arrow: