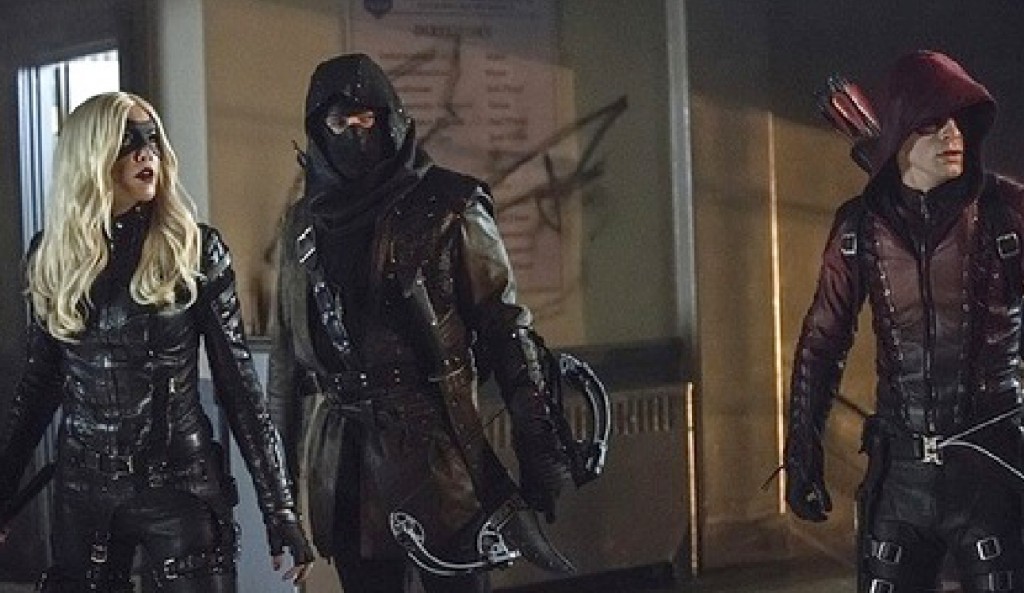 With the return of Arrow fast approaching, some new information regarding characters who are no longer a constant presence in the show has been revealed. Executive producer and showrunner Wendy Mericle teased that we’ll find out what Laurel whispered to Oliver on her deathbed in the Season 5 premier, and apparently it will “inform a lot of Season 5″, which is interesting. Laurel’s actress, Katy Cassidy, has also joined the likes of John Barrowman and Wentworth Miller as a series regular across all of CW’s DC properties (seemingly excluding Supergirl).

The next piece of information isn’t quite as positive, particularly for Arsenal fans. Despite rumours that Colton Haynes would be returning to Arrow for at least a couple of episodes in the show’s 5th season, Haynes is currently not set to appear in the show this year according to Mericle. “We would have Roy back in a heartbeat,” she says. “If the right circumstances come up and the right storyline presents itself, absolutely.” Haynes is currently shooting an arc on Scream Queens, but will hopefully become available to shoot at least an episode for one of the DC show’s this year.

Arrow returns to our screens via the CW on Wednesday October 5th.

After a violent shipwreck, billionaire playboy Oliver Queen was missing and presumed dead for five years before being discovered alive on a remote island in the North China Sea. He returned home to Star City, bent on righting the wrongs done by his family and fighting injustice. As the Green Arrow, he protects his city with the help of former soldier John Diggle, computer-science expert Felicity Smoke, his vigilante-trained sister Thea Queen former police captain Quentin Lance, and brilliant inventor Curtis Holt. But sinister players with a connection to Oliver’s past will push the team to its breaking point, threatening everything Oliver’s worked for and his legacy as the Green Arrow.