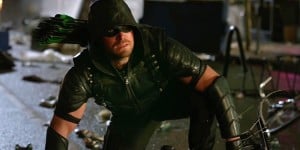 With next season of Arrow promising to be the last season of flashbacks. We also know that the flashbacks to take place in Russia, we can expect them to be much darker and gritty than previous seasons. This season’s flashbacks promise to delve into Oliver Queen’s history with the Bratva crime syndicate and also cast 80s icon Dolph Lundgren on the show. Fans can expect very different flashbacks.

As per showrunner Wendy Mericle:

“We really wanted to go gritty, dark, and make it feel very real,”

“We’re dealing with the Bratva, and the Bratva is, as we all know, a pretty interesting and messed-up institution. I might get shot for saying that, but hey!.

To try and stay true to the gritty underworld of the Russian mafia, the writers have done their homework.

“Everyone on staff watched [the 2007 film] Eastern Promises. “I watched documentaries about Bratva and how they operate in Russian prisons.”

The show will also promise to continue the story of Oliver and Taiana. Even though she died on the island, Oliver made her a promise to tell her parents about what happened to her and her brother Vlad on the island of Lian Yu during last season’s flashbacks. It’s unknown if the magical elements will continue or not. Producers are also very excited about Dolph Lundgren appearing next season in flashbacks as the big bad guy.

“[Dolph’s character] is a government strongman. He is scary and formidable — and he had a role in some stuff with Taiana’s family last season. He’s a bit of a badass.”

It will be great to see Dolph back in action. What do you think? Sound off in the comments.