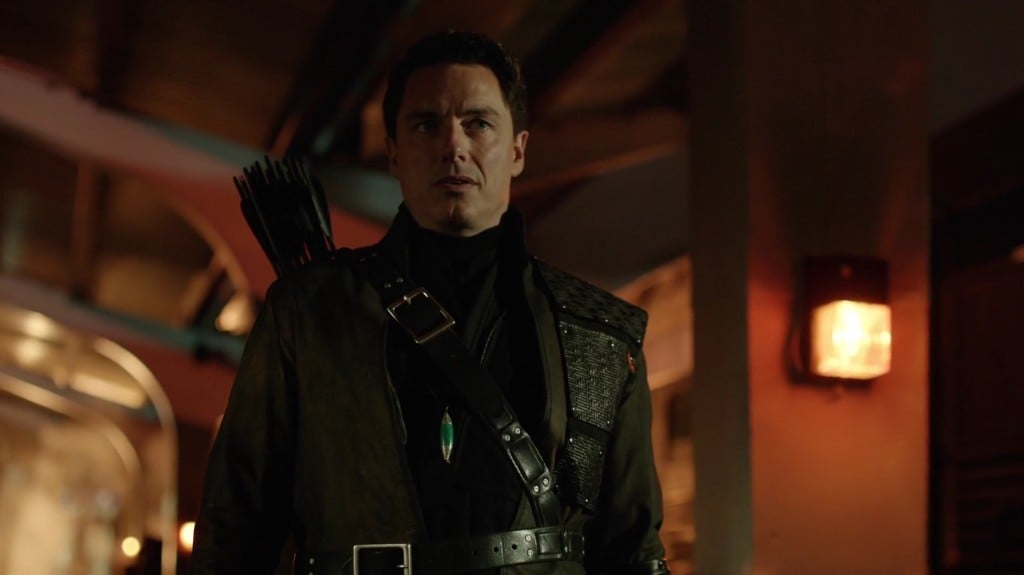 Since the start of The CW’s Arrow, the character of Malcolm Merlyn has been complex, confusing and captivating. John Barrowman recently discussed his character and the evolution he has gone through during this current season.

Barrowman explained that Merlyn is really a misunderstood villain on the show and that his intentions are honest.

Malcolm has everyone’s best intentions at heart, although he might not go about what he does in the proper way. I would also argue that statement because everything that Malcolm Merlyn has done, if you go back and look at it, Oliver Queen has done it, too. Oliver has manipulated people. He’s held people hostage. He’s either killed or injured people to facilitate his own agenda or to help others. That’s exactly what Malcolm Merlyn does. However, Malcolm doesn’t have the team of people around him to make him think that it’s okay. So, that’s why I call him a misunderstood hero.

During this season of Arrow, Merlyn and his daughter Thea have been experiencing a strained relationship, but Barrowman assured fans that their relationship and storyline will continue to move forward.

“We just filmed something that moves it forward. I have to say, there were two big scenes in that episode and one of them was Malcolm saying, “I love you. Stay with me.” Then, the next scene was the same thing once again. I actually called the writers’ room and said, “Guys, if we want to move it forward, Malcolm has already proven his love. He got rid of his hand for this. He’s now moving into the Damien Darhk realm. He’s proven that he’s moving on, so why can’t he turn around to Thea and say in TV terms, ‘Shut your fucking mouth. If it wasn’t for me, you’d be…'” They were like, “Great idea.”

“Then they put it in, so that’s why that scene exists. I’m so pleased they did it because everybody loved it. Everyone was like, “It’s about time he told her off. She’s behaving like a little spoiled brat.” I didn’t write any of the dialogue — that credit all goes to the writers’ room — but they took the suggestion and did it. That’s one of the great things about working on the show. But, the relationship going forward is Malcolm still loves Thea. Of course he does, but he’s very POed at her. That’s all I can say.”

Barrowman was also asked about the ongoing cliff-hanger with Arrow, “who is in the grave?”

“I’m saying nothing. You are going to have to watch. We all didn’t know until recently. The storyline took us to a certain point and then all of a sudden, it was right in front of us on the page. We were all like, “Wow.”