The cast and crew of Ash vs Evil Dead is heading to San Diego Comic-Con this Saturday, but we already have the trailer for the second season of the series, featuring lots of action, blood and our first official look at Lee Majors as Ash’s father and Ted Raimi as Chet Kaminski. The trailer was actually banned from the event for being too gory, and you’ll probably agree after watching it yourself. You can check it out below.

Here are the first details about the upcoming panel along with a Comic-Con poster. 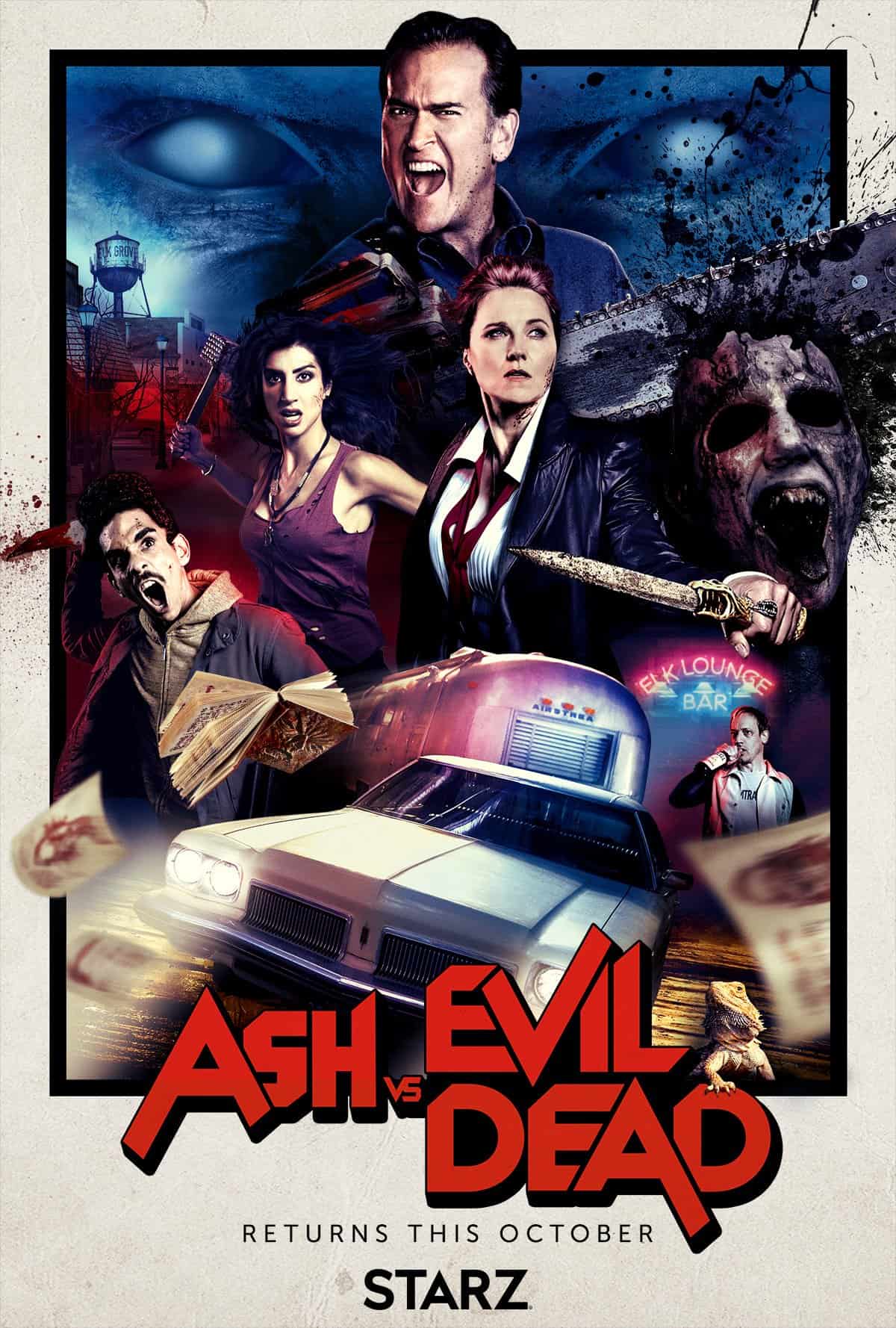 Plus, here’s the official synopsis for Ash vs Evil Dead season two:

The second season roars back into action with Ash leaving his beloved Jacksonville and returning to his hometown of Elk Grove. There, he confronts Ruby. The former enemies have to form an uneasy alliance as Elk Grove soon becomes the nucleus of evil.