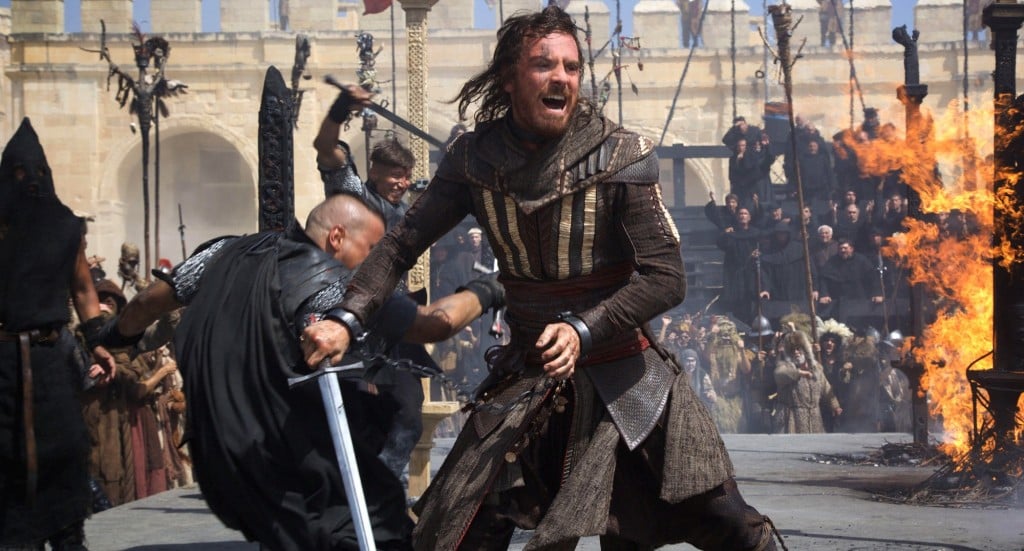 Assassin’s Creed joins Entertainment Weekly’s Fall Movie Preview lineup where weapon’s designer, Tim Wildgoose sheds some light on the film’s costumes and weapons as well as where the inspiration was drawn from. In between questions, Wildgoose revealed that some of the weapons were directly taken from previous entries in the franchise and teased the appearance of some famous Assassins.

“Although we’re designing the weapons ourselves,” Wildgoose said, “there are certain things you have to stick to — the way the wrist blades work. In that sense, we were going the Ubisoft reference as a design guide. At the same time, there are assassins from the games in the film as well. In some case, we could directly copy the Ubisoft weapons onto their characters.”

We already know the film will be set in the same universe as the game but told from a different setting altogether. We won’t be seeing any of the main characters but fans of the series can expect to see some famous characters in supporting roles. The film is set during the Spanish Inquisition in the 15th century so it would be interesting to see who and when will be making an appearance.

“There’s basically a few assassins taken straight from the games, who we get to see in the films. We actually get to use some of the real game weapons in there.” 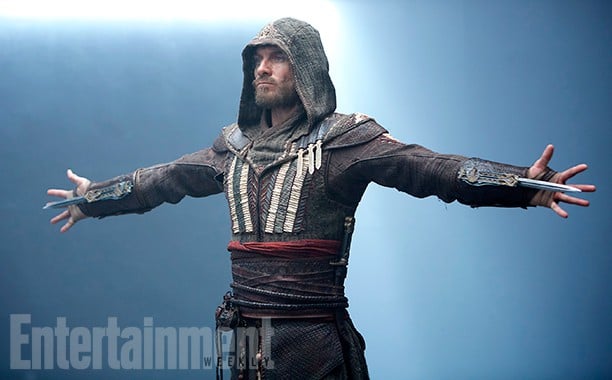 The franchise’s past/present themes give it enough flexibility to play around with characters and their ancestors. Abstergo, the sketchy corporation and antagonist to the previous installments returns with Jeremy Irons at the head of the beast, as CEO Alan Rikkin.

Assassin’s Creed stars Michael Fassbender, Marion Cotillard, and Jeremy Irons. The film is directed by Justin Kurzel and opens in theaters worldwide on December 21st, 2016. Who would you like to see in the Assassin’s Creed movie? Sound off below!