It’s hard to choose a character who was a particular stand out in Avengers: Infinity War but Benedict Cumberbatch’s Doctor Strange is certainly near the top of the list. The Sorcerer Supreme plays one of the most important roles in the Marvel Cinematic Universe and that requires quite a bit of studying on Cumberbatch’s part. Don’t worry fans — even in his third appearance as Doctor Strange, Cumberbatch is still studying the comics on set.

We still have to wait a whole year for Avengers 4 to hit theaters, which already feels like an eternity. Considering how Avengers: Infinity War ended, Marvel fans should probably expect to get teased like crazy until the film is released. The major teasing hasn’t begun quite yet but someone did take an awesome photo of Cumberbatch on set, showing him spending some time with a Doctor Strange book. Check out the image below. 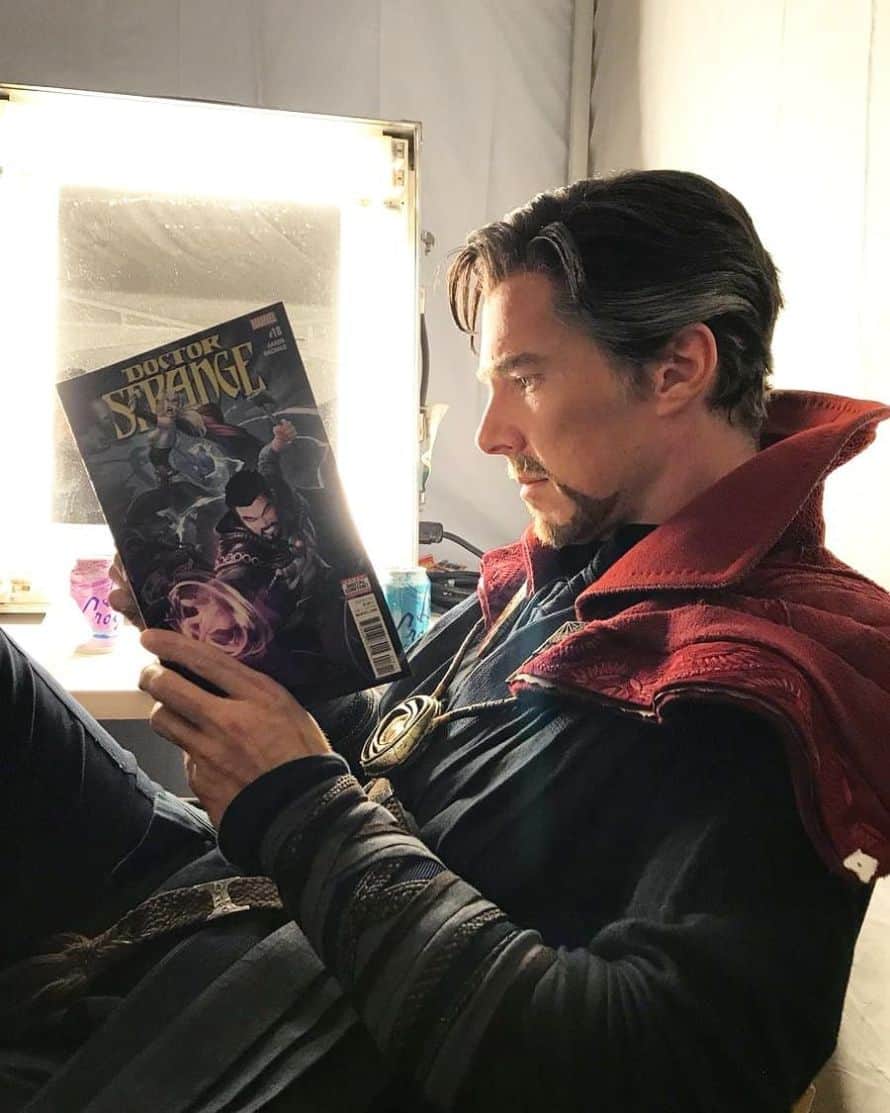 While this is probably straight from the set of Avengers 4, I just like to assume that Cumberbatch walks around his home reading comic books while dressed as Doctor Strange. If I had access to that wardrobe, you better believe I’m wearing it everywhere. We may not know much about Doctor Strange’s fate just yet but I’m sure that we’ll see him playing a very important role in the next film. In fact, Cumberbatch was one of the few actors given a largely accurate Avengers: Infinity War script on set because of his importance.

The currently-untitled Avengers 4 features a cast made up of many of the key players in Infinity War — alongside newcomers like Brie Larson and Evangeline Lilly — and is scheduled to hit theaters on May 3, 2019.