During the climactic battle between Earth’s Mightiest Heroes and Thanos in Avengers: Endgame, both sides try to obtain the gauntlet Tony Stark designed to harness the power of the Infinity Stones. While the struggle ultimately concluded with Tony Stark stealing back the Gauntlet from Thanos and using the stones to destroy the Mad Titan and his forces, an early draft of the script featured a moment during the battle in which Karen Gillan’s 2014 Nebula tries to use the device.

After following the Avengers back to the year 2023, Karen Gillan’s 2014 Nebula uses the time machine created by the heroes to bring Thanos and his forces to the present day for a surprise attack on the team’s base. Once the battle between the heroes and Thanos ensues, Karen Gillan’s 2014 Nebula tries to further prove her worth to the Mad Titan by intercepting the gauntlet and harnessing its powers.

Check out the concept illustration of Karen Gillan’s Nebula using the gauntlet below! 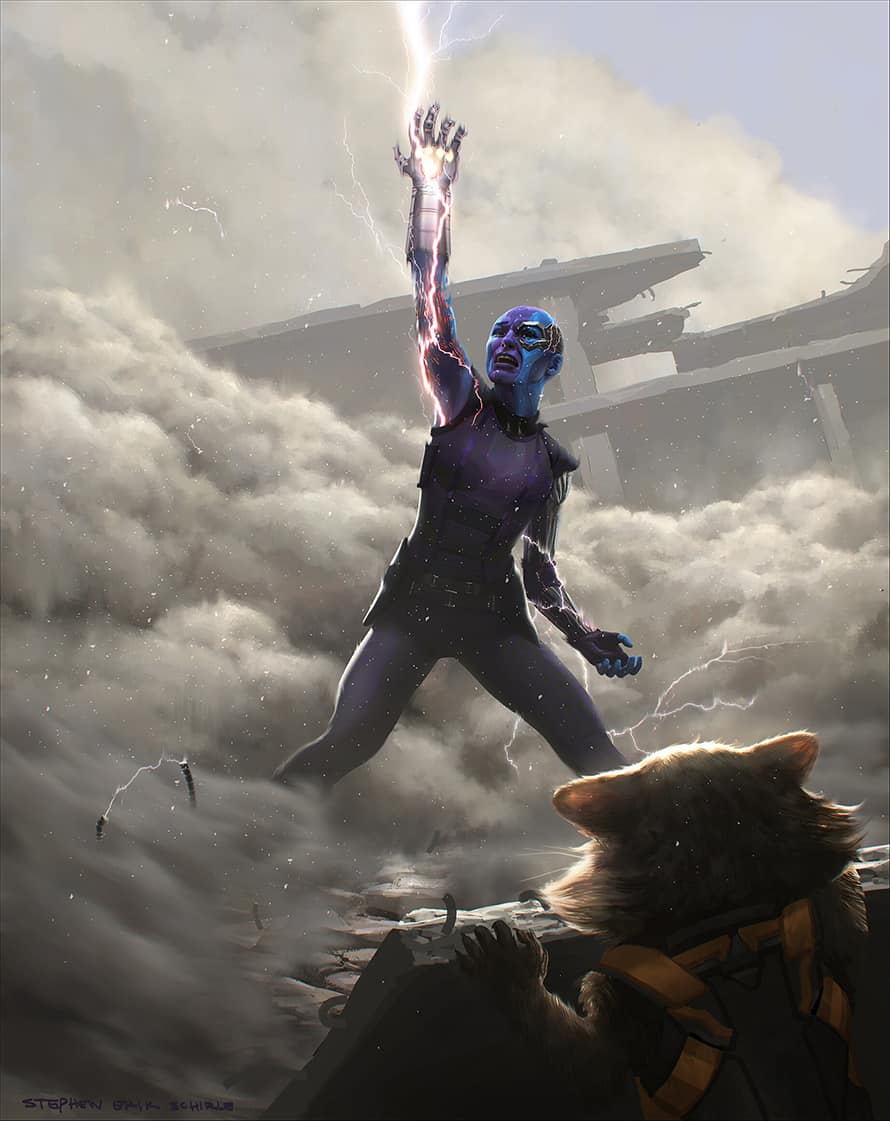 Would you have enjoyed seeing the moment play out in the film? Let us know in the comments section below!