Avengers: Infinity War cup toppers – which will be available in select theaters – have been unveiled, offering fans a new look at some of the characters who will appear in the highly-anticipated superhero epic.

The first round of Avengers: Infinity War merchandise has been unveiled with new cup toppers featuring Iron Man, Spider-Man, The Incredible Hulk, Adolescent Groot, and Thanos. The products are surprisingly detailed, offerings fans a fresh look at the heroes and villain including a great glimpse of Iron Man’s latest armor design. 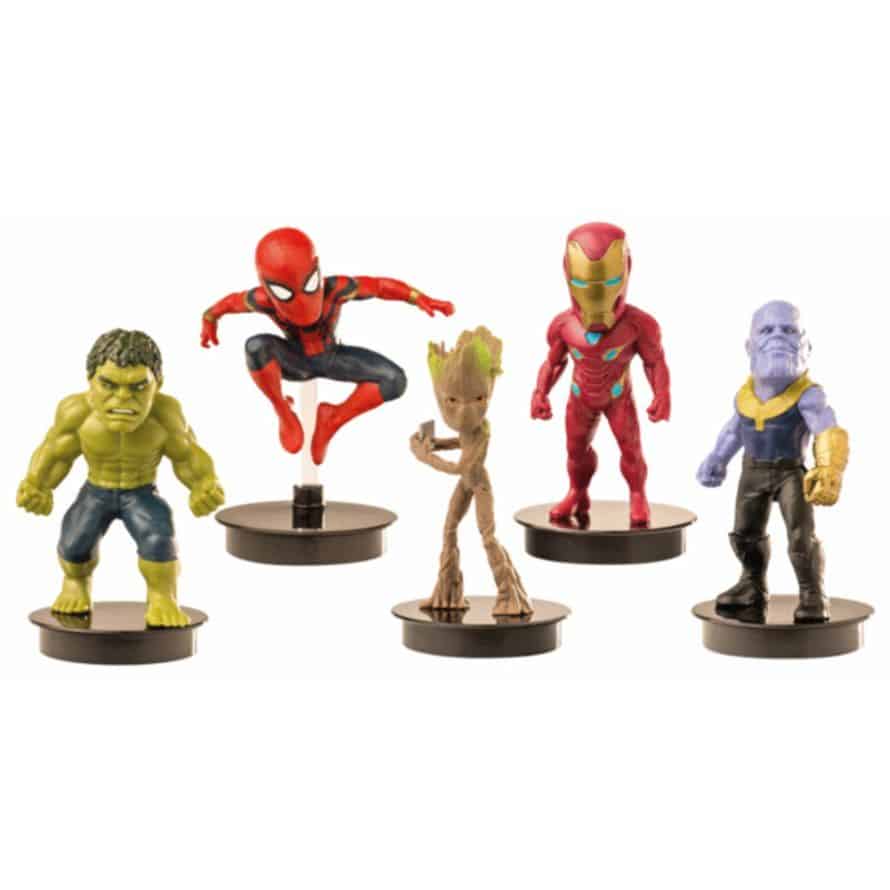 Which cup topper is your favorite? Are interested in getting your hands on one or all of them? Share your thoughts in the comments section below!