There are no doubt A multitude of challenges for any actor when it comes to having to portray a completely CGI character in a film. When it comes to playing the role of one of the most infamous Marvel villains of all time in Avengers: Infinity War, thankfully actor Josh Brolin didn’t have to have too much of a suspension of disbelief when it came to wielding the all-powerful Infinity Gauntlet.

A behind-the-scenes image have surfaced showcasing the actual on set Infinity Gauntlet prop utilized by Brolin in Avengers: Infinity War. As seen in the image, the prop isn’t too far off from the look and scale of what we saw in theaters this past April.

While there is definitely a certain degree of movie magic that went into giving Thanos‘ weapon of choice life on the big screen, it is still impressive nonetheless to see just how articulate the Infinity Gauntlet prop looks to be and with each Infinity Stone in tow.

You can check out the image for yourself below. 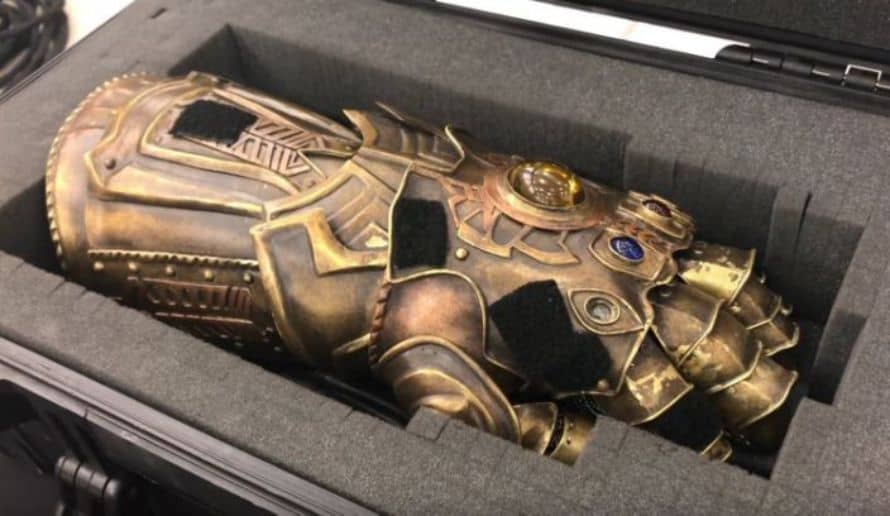 Judging from the photo of the Infinity Gauntlet prop, it’s safe that Brolin has come a long way in wielding it since he was first announced for the role of Thanos at San Diego Comic Con 2014.

What do you think of the Infinity Gauntlet prop? Let us know what you think in the comments below!