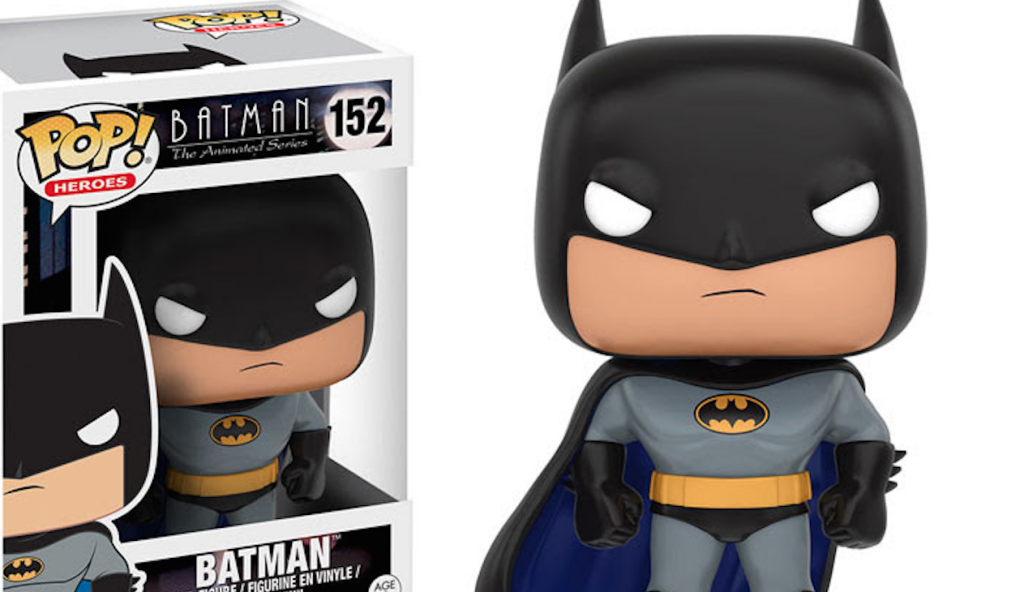 Funko Pop! figures are the new Beanie Babies as far as I’m concerned. In the past several years, collectors have cleared shelf after shelf in sometimes vain attempts to display their latest acquisitions. Now, Batman fans will have to do a little more shuffling as Funko has announced a new line of figures modeled after the iconic character’s appearances in the beloved Batman: The Animated Series.

Running for four seasons between 1992 and 1995, the series captured the look and feel of the Caped Crusader’s world as only Bruce Timm’s and Paul Dini’s animation with many fans (not incorrectly) still holding it as the high standard for animated comic book adaptations. Still, it was the voice talents of Kevin Conroy as Bruce Wayne/Batman and Mark Hamill as the Joker that truly solidified Timm’s and Dini’s iconic vision, and their work has continued and endured throughout the years with both returning to reprise the characters in the recent animated movie, Batman: The Killing Joke. Suffice to say, fans simply can’t get enough of these iterations, and for good reason.

The Batman and Joker models couldn’t capture the spirit of their animated counterparts more precisely if they tried, but the new line will also include models of Robin, Harley Quinn, Batgirl, and Poison Ivy (and their designs are no slouch either). Harley’s in particular will delight fans as it features her full body jester outfit which has rarely been featured in the last few years in favor of a skimpier street outfit, such as the one featured in the character’s live-action debut, Suicide Squad, played earlier this year by Margot Robbie. I know for a fact that these will be finding a spot on my shelf ASAP.

In addition to the Batman line, Funko also announced a round of Dorbz figures also featuring a model of The Dark Knight as well as Green Lantern, Sinestro, and The Flash. Collectors, mark your calendars for November!