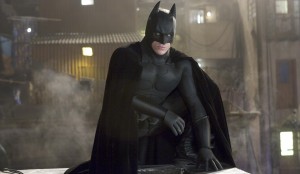 Though fans may be concerned about DC Extended Universe’s solo Batman film following the departure of Ben Affleck as the projects director, this is not the first time the Caped Crusader has experienced difficulty jumping to the big screen. After Joel Schumacher’s Batman & Robin performed poorly at the box office and was critically lambasted, Warner Bros. struggled to get a new Batman project off the ground before finally moving forward with Christopher Nolan’s realistic take on the character. While Batman Begins was critically acclaimed and is still regarded as one of the great superhero films, it was produced in much different time for the genre, when studios were attempting to move way from the campier aspects of comic books out of concern that the films would be too silly.

Now the content creators at Screen Junkies have released a brand new edition of their Honest Trailers series that takes on the Christopher Nolan reboot. The video comments on topics such as the ridiculous nature of Scarecrow and Ra’s Al Ghul’s plot despite the ‘realistic’ tone of the film, the constant repetition of several lines and the resemblance between Commissioner Gordon and a character from The Simpsons.

You can watch the entire video below!

What do you think of the Honest Trailers roast of the film? Share your thoughts below!

Batman Begins is now available on Blu-Ray, DVD and Digital.